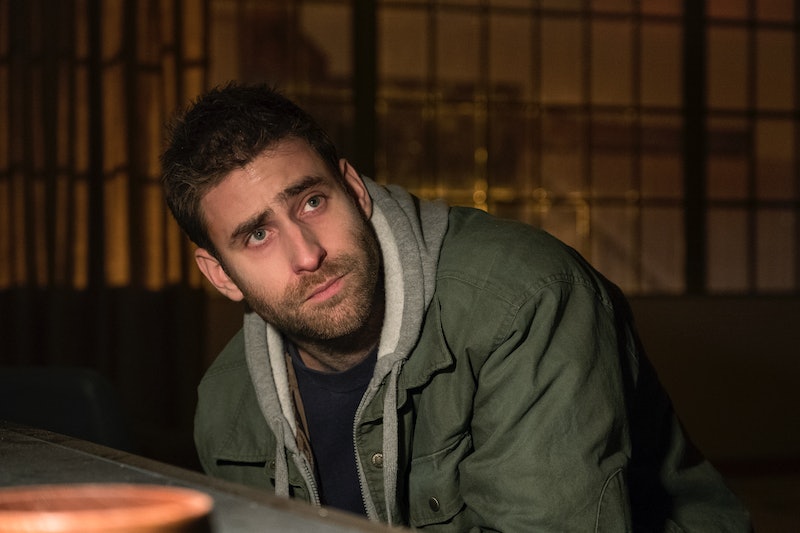 There have been a handful of really good horror television shows over the last several years. Ones that truly haunted fans to their cores and gave them nights of restless sleep. Netflix's The Haunting of Hill House was certainly one of them, and, lucky for everyone, despite being a contained story, it's coming back for another season. And Season 1 star Oliver Jackson-Cohen just revealed that Haunting of Hill House Season 2 will be "incredible," although he couldn't exactly say much more.

When speaking with The Wrap, Jackson-Cohn, who played Luke in Season 1, teased the new season, which will actually not be about Hill House, or have that in its name anymore. Instead, the show will become an anthology series, with Season 2 being titled The Haunting of Bly Manor. “I will get shot if I ever answer that question,” Jackson-Cohen said when asked to reveal something about the upcoming season. “I would love to answer that question. All I can say is that Bly Manor is going to be incredible. It’s a very, very exciting story, from what I’ve heard.”

While some info has already been presented about the show's second season, it's interesting that Jackson-Cohn didn't deny knowing anything about the series. Could he have read the script? Is he returning to the show? Maybe — or, maybe he's just talked to creator and director Mike Flanagan about it.

Shrouded in secrecy, as to be expected, the newest season will take a stab at a whole new haunted house, forgoing another look at the Crain family and their horrible history with Hill House. According to a press release Bustle received back when the second season was announced inn February, it'll start this Haunting anthology, where a new terrifying residence or place is the focus each season.

All we know about this new season is that it takes place at Bly Manor, which comes with an equally terrifying story as Hill House. As reported by /Film, the season will be inspired by the novel The Turn of The Screw by Henry James. The story involves a governess and two orphans who live in By Manor. As the story progresses, the governess becomes convinced that the house is haunted and the kids are ghosts. Will she take her fears too far on kids that aren't actually ghosts, harming them? Or are they really ghosts, and she won't get out of it in enough time? Whichever it is, it seems bound to be on par with Hill House.

Flanagan explained why he decided to turn the series into an anthology instead of picking up Season 2 where Season 1 left off. In an interview with Entertainment Weekly, he said that at its core, The Haunting of Hill House wasn't about the house or the Crain family that lived there, but about hauntings. "I think more than anything, the show is about haunted places and haunted people, as Steve says, and there’s no shortage of either. So, there’s any number of things we could do, in or out of Hill House," he teased in October of 2018, before Season 2 was even announced.

Given how little we know about Bly Manor, it's hard to say how similar or not it will be to Haunting of HIll House. But one thing fans can depend on: it will be scary, and it will haunt you.

More like this
Nicola Coughlan Shared A Lady Whistledown Excerpt From ‘Bridgerton’ Season 3
By Grace Wehniainen, Alyssa Lapid and Sam Ramsden
The 'Andor' Timeline, Explained
By Gretchen Smail
Alicent's Green Dress In 'House Of The Dragon' May Be An Act Of War
By Kadin Burnett
Watch The Thrilling Teaser Trailer Of 'Shadow And Bone' Season 2
By Gretchen Smail, Jack Irvin and Sophie McEvoy
Get Even More From Bustle — Sign Up For The Newsletter