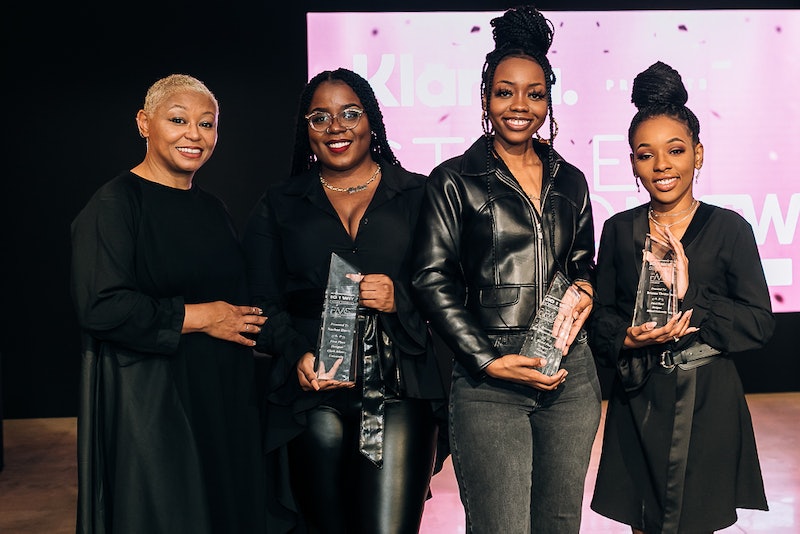 Within the ongoing conversation around diversity in fashion, the focus often falls on the models we see on runways and in magazine spreads. But, what about the people behind-the-scenes, designing and producing the clothing we wear? Discrimination, coupled with a lack of access, can prevent aspiring designers from getting their work seen, let alone produced on a mass scale. A new initiative from Footaction is working to change that.

The retailer teamed up with design academy Pensole and the Functional Apparel and Accessories Studio to organize the No 1 Way Design Competition, a program to help young artists from HBCUs (historically Black colleges and universities) launch design careers.

“The Footaction No 1 Way design program is a successful example of how global brands and industry experienced leaders can bring awareness, opportunities, and action to talented creatives of color,” Angela Medlin, founder and director of FAAS at PENSOLE, tells Bustle. “Together, FAAS, Pensole, and Footaction are opening doors to the talented HBCU students who may have otherwise been overlooked."

Launched last August, the program culminated in a show during New York Fashion Week, where five finalists — all women — were invited to present their designs. The finalists were selected to compete for the top three awards, and were chosen based on their creative potential, work ethic, professionalism, and ambition.

“What came next was the successful journey of bringing their projects to life,” Medlin says. “Because of the students’ dedication to this opportunity, I was not surprised by the success of their final project. They have officially set the bar for the FAAS x Footaction No 1 Way programs to come.”

Thomas drew inspiration from her fellow students for her pieces. "Since this was an HBCU-focused program, I wanted to create something that I could see my peers wearing to class or campus events," she explained, hoping to break away from "traditional fleece" garments with her youthful dress design.

Before going through the competition, Davis says she designed mostly for her personal aesthetic without really considering the consumer. But that changed as she got more insight into the business side of the industry.

“After gaining an understanding of who my target consumer was and who I see Footaction’s future consumer to be, I refined my design [strategy] a lot,” Davis says. “I was inspired by women and the changes we go through as women with our bodies throughout the years. I wanted my designs to be inclusive [so that] any woman of any age could feel comfortable wearing it."

Davis says she's “most looking forward to having the starting capital to focus on building my own personal brand, which is something I’ve been wanting to do for a very long time." She describes her personal style as “grunge with a touch of glam.” Though admittedly a big fan of combat boots and platforms, Davis still likes a touch of sparkle with metallics and sequins.

“I’m very big on statement pieces so I have a ton of vintage items from different parts of the world in my closet,” Davis says. "Most times people are surprised that some of my outfits range from thrift pieces to Amazon looks to vintage designer.”

Stinson also mixes up her style, incorporating her one-of-a-kind designs with items she finds in vintage stores. “I like thrifting and wearing bright and colorful looks,” she says. “I tend to wear a lot of my own upcycled designs. My go-to footwear would probably be my platform Doc Martens.”

Stinson says she’s gearing up to use her prize money on better tools to sharpen her craft, as well as a designated area where she can focus on her work.

“I’d like to get a space for sewing, with better equipment so I’m able to create my designs in a proper space,” Stinson shares. “I plan to start my own brand as well, so I’m looking forward to the next step in my career. Black people have been responsible for several trends over decades, but are only represented by a few in the fashion industry.”

This article was originally published on March 4, 2020