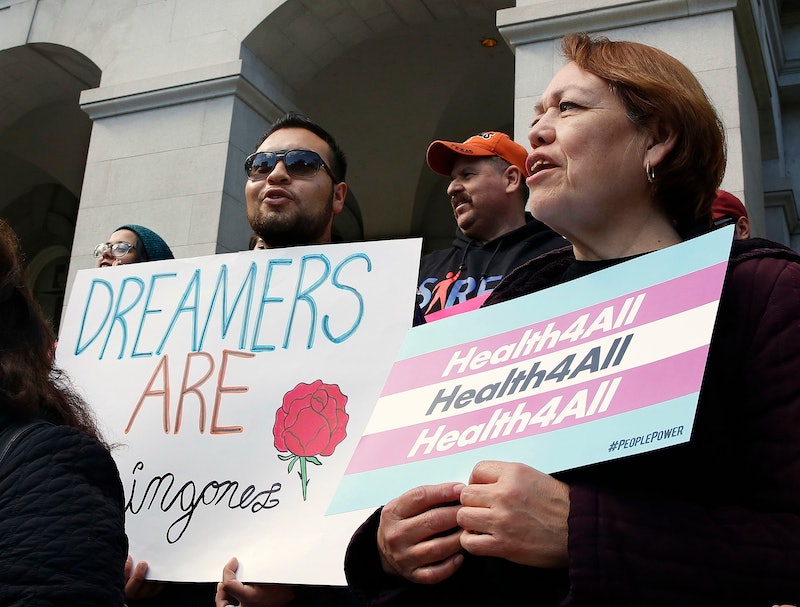 Following a budget deal between between state senators and Gov. Gavin Newsom, California will provide health care for some undocumented immigrant adults, The Sacramento Bee reported Sunday — a first for any state. Low-income California residents under 26 that are without a legal immigration status as decided by the federal government would qualify for Medi-Cal under the new health care expansion, the paper reported.

The state budget still needs to be approved by the whole legislature before the plan is a sure thing. The budget needs to be passed by Saturday or the legislators may lose pay, USA Today reported, and a vote is expected this week. The governor then has 12 days to act on it, though he already announced his support for the deal in a statement.

Health care and immigration advocates had been pushing for a plan endorsed by the state senate that would have expanded the program to undocumented seniors, too, but Newsom reportedly argued it was too expensive at a cost of $3.4 billion, according to the Associated Press.

"For California’s immigrant communities, today’s budget deal is bittersweet," Cynthia Buiza, executive director of the California Immigrant Policy Center, said in a statement. "The exclusion of undocumented elders from the same health care their U.S. citizen neighbors are eligible for means beloved community members will suffer and die from treatable conditions."

Covering state residents age 19 to 26 without a legal immigration status will cost about $98 million during the next fiscal year, The Bee reported. (Those 18 and under already qualify.) About 90,000 people are expected to qualify and receive care under the new law. "California believes that health is a fundamental right," state Sen. Holly Mitchell, a Los Angeles Democrat who led the negotiations, told the AP.

Part of the state's spending on health care will come from a new tax on Californians who choose not to get health insurance, much like the Affordable Care Act's individual mandate that Republicans in DC got rid of in 2017 as a part of their tax cut, the AP reported.

The governor's statement on the budget deal didn't explicitly address the expansion for undocumented young adults. He called it "structurally balanced" and an investment "in a California for All." The closest he came was mentioning expanded health care subsidies, though the financial aspects got more attention. "The budget adopted by the Conference Committee is balanced, creates historic reserves and expands budget resiliency," he said.

For critics of the compromise, the exclusion of seniors — and the absence of an Earned Income Tax Credit for undocumented Californians — meant that the budget was not truly "for all." Buiza said in her statement that these two "critical opportunities" were missed and pushed for Newsom to reconsider in January during his next budget proposal.