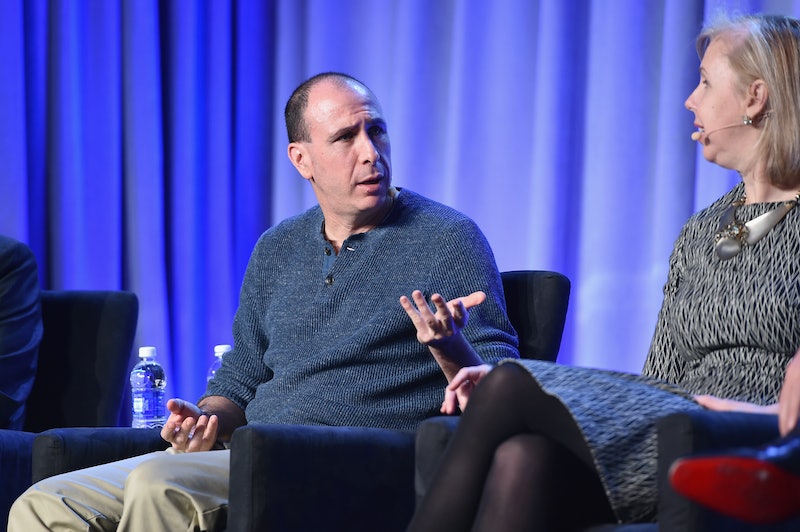 You might have heard there's a big protest march scheduled for Jan. 21 ― the first day of Donald Trump's presidency, in other words. Massive crowds are expected to descend on the U.S. Capitol for the occasion. One prominent writer set social media ablaze this week with a controversial take on the march, and more specifically, its name. If you're wondering why Twitter is angry about Jonathan Chait's Women's March criticism, here's why.

If you're a regular reader of left-leaning news and opinion, there's a good chance you're familiar with Chait, who writes for New York Magazine, and has a long history producing deep and thoughtful work on American politics. But he has occasionally drawn the ire of progressives for some of his vocal views that cut against the grain ― his criticisms of campus activism and political correctness, for example.

Here's what Chait argued about the Women's March on Washington in a series of tweets, just over one week out from the inauguration.

Chait has a slightly prickly style when clashing with his critics on the left, and there's nothing wrong with that. But the response he drew here was unsurprising, and less about his assertion that more men would attend a march without "women" in its name than about where he's focusing his scrutiny.

Instead of than addressing those ostensibly liberal men who agree with the motivations and goals of the march, but who don't care to do literally less than 30 seconds of research on its official website to find out if they can attend, Chait framed the decision-making of the march's female organizers as the problem. That he tacitly portrayed himself as a smarter strategist on activism (for the record, as a journalist, he's not attending the march) than the actual activist women who've been putting in the work since Election Day didn't help much, either.

Bustle reached out to Chait for comment, and he replied as follows:

The reality is that events and products are usually named so as to optimize their appeal. You *can* make the choice to name an event or product in such a way that the public will be confused, thus narrowing your target audience, and then argue that they should be accountable for their failure to take the initiative and learn more about what you're offering.The choice, then is either to have a smaller crowd and blame the failure of non-participants, or a larger crowd. My preference would be a larger crowd, because the size of the crowd will be the most important factor in determining the strength of the message sent by the event. But obviously that preference is a matter of opinion, and others can choose different priorities.

Chait may be right that a different name would draw a different subset of people, perhaps a larger one, but that's somewhat beside the point for much of the criticism he's taken. It's more about who he seems to hold most accountable for the ignorance, and where he pinned the blame. Namely, the women who've gone through the considerable toil of organizing a mass political protest, rather than those alleged male feminists who, despite ostensibly being on the same team, apparently don't care enough to bother checking if they can or should attend.

Chait drew more fire after he made the leap from arguing that the march was poorly named, to outright asserting it. When liberal columnist Joan Walsh called him out (albeit while accusing him of having some ulterior motives), and said he could "use [his] platform" to make that clear, he addressed his reply to any "men misinformed by its poorly-chosen name," essentially absolving them for having failed to do even the barest amount of research.

He further claimed that a "smaller march" with a "feminist message" is a different imperative from what he considered to be more important, a large crowd to challenge Trump's claims of a landslide victory.

Honestly, you don't even have to go to the Women's March on Washington website to find out this information. If you just type "can men attend women's march" into Google, you get numerous results, including news stories, which make it very clear that men can participate. It's true that the march is being led by women, which as one of its organizers Linda Sarsour noted, means "you have to be okay with being led by women." The fact that men can and should attend is trivially easy to find.

That those in possession of male privilege ― or relatively privileged groups of any sort ― can fail movements they claim to support through such sheer laziness is an enormous problem. And luring those men to a protest by not mentioning women is no solution.

Chait or someone similarly minded could reasonably make the same complaints of Black Lives Matter if they wanted to. Why not call yourselves All Lives Matter? After all, then white people wouldn't be misled into thinking they couldn't participate, thanks to such a "poorly-chosen name," and then black activists would have more people in their corner. To continue that line of thought: Wouldn't the imperative be to maximize the number of people in the streets to protest police violence? So why insist on emphasizing "black"? (And that's clearly a ridiculous line of thinking.)

But the specific origins and focus of activist movements are relevant and important, both to organizing said movements and to the morale of the people who most desperately need and want change. Especially when groups that are historically oppressed and underprivileged get a chance to be centered in the conversation. And it's important for white men and other privileged groups to be there in those moments: motivated, listening, and without defensiveness and demand.

Considering that Trump's going to be president regardless of what transpires on Jan. 21, you could make the case that limp, unmotivated male feminism (and privileged liberalism of all stripes) is a far bigger issue facing the anti-Trump left going forward than the final crowd size next Saturday.