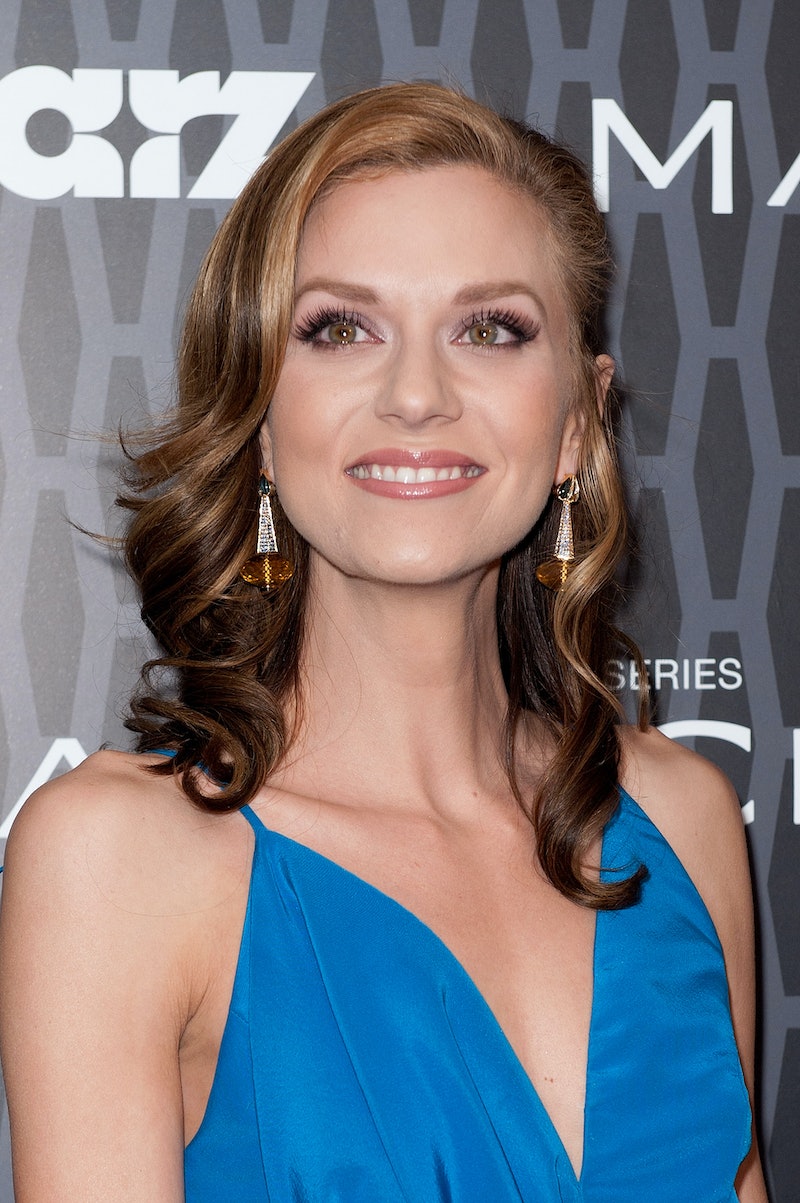 Break out the basketballs and pretend you're shooting on the River Court with Lucas and Nathan, because this news is cause for celebration. Hilarie Burton shared One Tree Hill reunion photos on Instagram teasing yet another project is happening with a handful of her former costars. That's right, fans should be excited to learn a new Lifetime holiday movie featuring some of the OTH cast is currently being filmed in Louisiana.

As showcased in many photos shared by Burton (who of course portrayed Peyton Sawyer in the television drama), she along with Tyler Hilton (Chris Keller), Colin Fickes (Jimmy Edwards), Antwon Tanner (Antwon "Skills" Taylor), and Lee Norris (Marvin "Mouth" McFadden) are once again acting with one another. This is truly some fantastic news.

On May 20, Burton first teased the holiday project by sharing an Instagram of herself with Hilton and Megan Park (Hilton's wife). She captioned the image of the three looking overjoyed,

"Guys. I’m suuuuuuper picky about work. I only wanna play with my friends. So a big 'thank ya, kindly' to @lifetimetv for giving me @meganparkithere and @tylerhilton as early Christmas presents this year! We’re making holiday magic in the summer heat, and I could not be more excited about it. Stay tuned for more behind the scenes tomfoolery! #itsawonderfullifetime"

Burton has since been sharing all kinds of OTH reunion pictures from set. It's unclear exactly what this particular project is about, but according to two separate Instagrams posted by Hilton, Park and Burton are playing sisters, the movie might be called A Christmas Wish, and it will air on Lifetime during the 2019 holiday season.

Like Burton and Hilton, Fickes couldn't be more grateful to be filming alongside the two again. For those who can't recall, Fickes' OTH character, Jimmy, was responsible for the school shooting in Season 3. According to his IMDb page, Fickes hasn't starred in anything since 2010, so reuniting with his former OTH costars means a lot to him. He gushed on Instagram,

"Massive amounts of gratitude and love to @hilarieburton for still believing in this old retired actor. Thanks to @dllewis82, @emosswilson, @lifetimetv, and everyone involved for letting us all play together down here in beautiful Louisiana! Hit the jackpot with @tylerhilton and @hilarieburton as scene partners, alongside a massively kind and talented cast and crew."

Below are a few more photos of the OTH reunion that will make fans even more thrilled for this new movie.

There Are "Holiday Dancers"

Keep those fingers crossed Hilton and Burton show off their dance moves.

This photo and caption are proof enough.

This Group Photo Is Everything

Yeah, they aren't having any fun.

During Lifetime's 2018 holiday schedule, Burton, Tanner, Buckley, Hilton, and Danneel Ackles all starred in a movie called The Christmas Contract. It appears the network was happy with the success the OTH cast brought to Lifetime, so they've opted for another movie. Better yet, there's even a Hallmark Christmas movie featuring Chad Michael Murray (Lucas Scott) and Torrey DeVitto (nanny Carrie) that's set to air this holiday season. Really, what more could fans ask for?

There's so much OTH-goodness happening for the holidays. It really is the most wonderful time of the year.