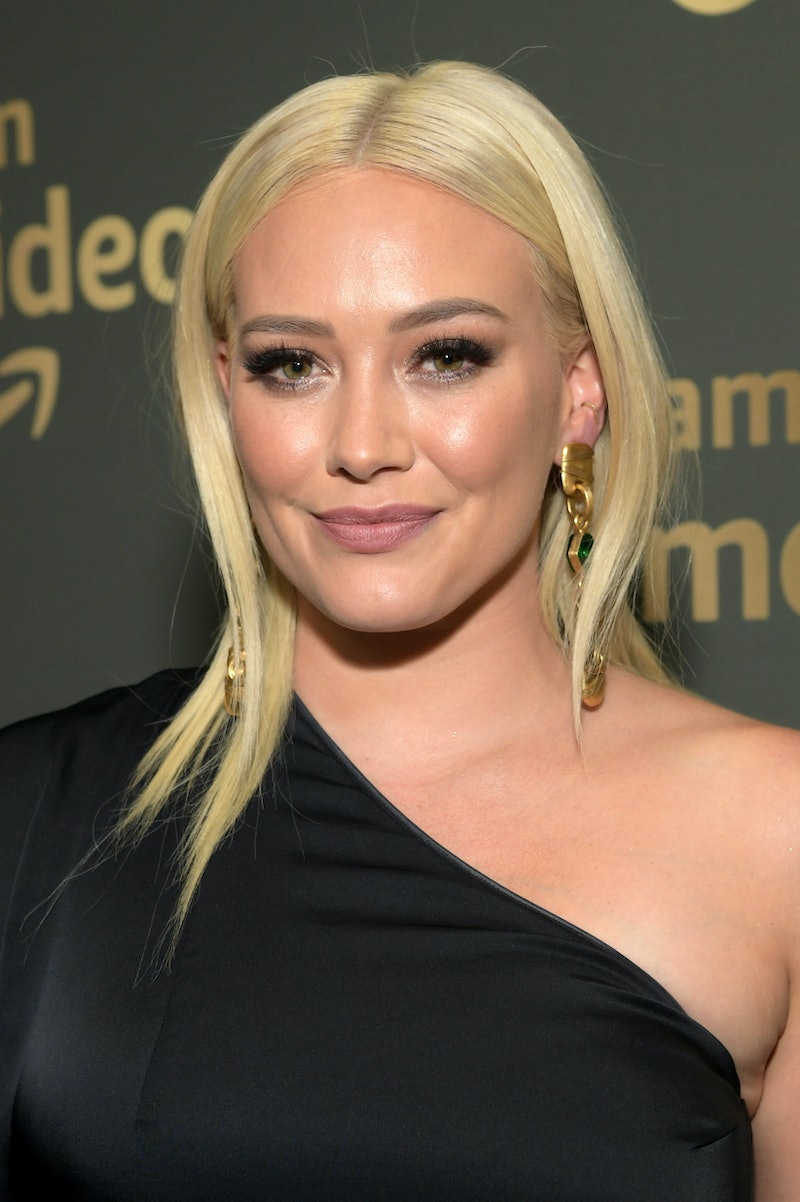 Hilary Duff isn't here to be mom-shamed, and the actor just got super real about a sensitive parenting topic. Duff addressed why she stopped breastfeeding in an emotional Instagram post on Tuesday, and it's clear that she gave a lot of thought to the topic when deciding what was best for her and her family.

"Last week was my last week nursing Banks (my six month old) I am a working mom of two. My goal was to get my little girl to six months and then decide if I (and her of course) wanted to keep going," the Younger star explained in her caption. She went on to describe some of the struggles that working moms face, especially if they have to pump breastmilk at work. Duff wrote in her post,

"Pumping at work sucks. I had zero down time and am usually pumping in a hair and make up trailer while four hands work to get me ready for the next scene with lots of other people around. Even if I had the luxury to be in my own room, it's not even considered a 'break' because you have to sit upright for the milk to flow into the bottles!"

The actor then explained that with her first child, Luca, she didn't pump breastmilk as much, because she wasn't working as soon after he was born. But this time around, Duff wrote that her "milk supply" was lessened, and she was also trying natural dietary supplements to try to help that situation. It sounds like Duff really did her best to make breastfeeding work during Banks' early months. And her in-depth caption shows a less-glamorous side of parenting that's not always talked about.

"I know many women are not able to and for that I am sympathetic and very grateful that I could. For six wonderful months. But I needed a break. I was going to break," Duff wrote. "I was sad and frustrated and feeling like a failure all of the time. When really I'm a bad ass rock star. Moms get high on feeling like superwoman...because we are!"

The actor's honesty about "feeling like a failure" shows the immense pressure new moms can feel, especially with all of the outside influences telling you what to do with your baby. But Duff knows that she's a good mom — "a bad ass rock star" mom, in fact. And her post is a reminder not to cast judgment on other people's parenting decisions, because you never know what their situation is.

While this is the most Duff has discussed breastfeeding in particular, she's also talked about being a working mom in the past. During an April 2018 interview with E! News, Duff admitted that she doesn't "always balance it all," and that's OK. She also talked about learning to not feel bad for taking some self-care time to recharge.

"I started to feel less guilt about taking time for myself, or you know, maybe not putting Luca to bed one night and going out with my girlfriends and having a fun dinner," Duff told E! News at the time. "That stuff rejuvenates you, and I matter too."

Based on her past statements and the new Instagram post, Duff has a great parenting approach that's totally free of guilt. Parents have enough to worry about already, and it's time to end that mom guilt for good.

More like this
Khloé Kardashian Is Reportedly Dating A Private Equity Investor She Met Through Kim
By Jordyn Tilchen and Jake Viswanath
Tyler Perry Makes Rare Comment About Meghan Markle & Prince Harry's Love Life
By Radhika Menon
Dixie D’Amelio & Noah Beck “Love Each Other” Despite Breakup Rumors
By Julia Emmanuele, Jordyn Tilchen and Grace Wehniainen
Everything To Remember About Lace Morris Before 'Bachelor In Paradise' Season 8
By Grace Wehniainen
Get Even More From Bustle — Sign Up For The Newsletter