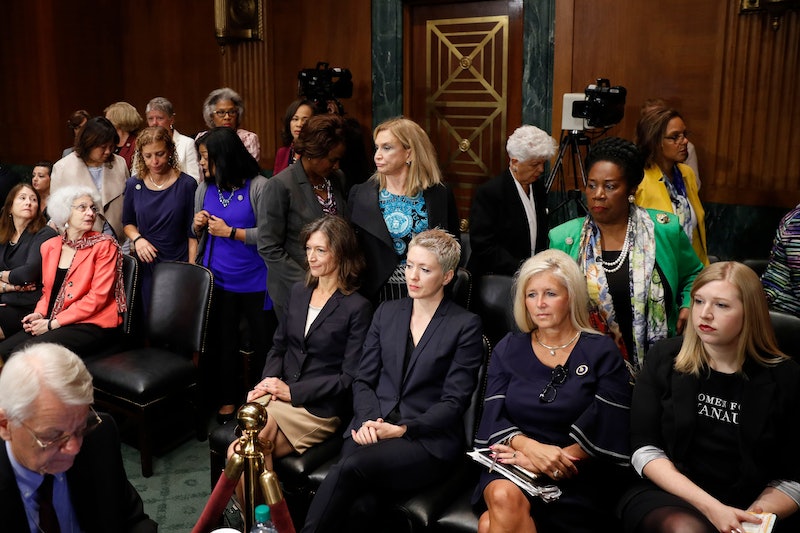 It was reminiscent of women's support for Anita Hill in 1991. During an executive meeting of the Senate Judiciary Committee the day after hearing testimonies from Dr. Christine Blasey Ford and Judge Brett Kavanaugh, a group of House Democratic women protested the Kavanaugh confirmation vote.

The group had been in the audience watching the committee's discussion about the Supreme Court nominee. After the committee pushed a motion to vote on Kavanaugh later that afternoon, several Democrats on the committee stood up and walked out to show how deeply they objected. Then, the female representatives from the House stood up, waited in silence for a few minutes, and then walked out as well.

Photos from the protest were strikingly similar to a photo from 1991 when House Democratic women showed up to support Hill, who had accused Clarence Thomas of sexual harassment. Thomas was confirmed to the Supreme Court.

The Walk To The Senate

Inside The Building, Arms Locked

Without Saying A Word

As victims of domestic and sexual assault, we write to express our deepest concerns regarding your actions and various statements on the serious allegations that have been raised concerning Judge Brett Kavanaugh and his possible elevation to the highest court in the country.

Kavanaugh has denied all the allegations against him.