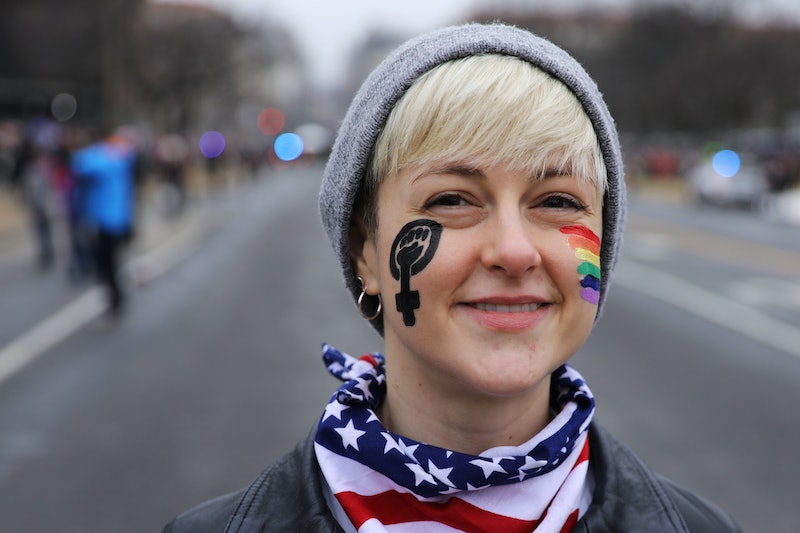 A new bill filed by Republican lawmaker Tony Tinderholt seeks to imprison women who get abortions, and his statements regarding this proposed piece of legislation couldn't make his intentions of wanting to punish sexually active women clearer. Don't believe me?

"Right now, it's real easy. Right now, [women] don't make it important to be personally responsible because they know that they have a backup of 'Oh, I can just go get an abortion,'" he said in an interview with the Texas Observer. "Now, we both know that consenting adults don’t always think smartly sometimes. But consenting adults need to also consider the repercussions of the sexual relationship that they're gonna have, which is a child."

"A living human child, from the moment of fertilization upon the fusion of a human spermatozoon with a human ovum, is entitled to the same rights, powers, and privileges as are secured or granted by the laws of this state to any other human child." — HB 948

There is no mention of the roles of these hypothetical children's fathers in Tinderholt's bill. However, Luke Macias, a spokesman for the Texas representative, told the New York Daily News that men who aid in the "conspiracy" to aid a woman in terminating her pregnancy — including talking to an abortion doctor or transporting a woman to an abortion clinic — would be held responsible.

With these details being completely absent from from Tinderholt's bill, however, there is not concrete evidence that women would not bear all the responsibility if this proposal were to become law.

Tinderholt, who's been married five times to four different women and who has had at least one restraining order against him granted to one of his ex-wives, explicitly admitted to feeling disapproval toward what many women suspect is the root of the anti-abortion movement's passion: female sexuality. Despite saying that "consenting adults need to also consider the repercussions" of not acting "smartly," Timberholt focuses his attention on women.

He gives no consideration to women who become pregnant despite being on birth control; accidental pregnancies caused by defective condoms; or men who refuse to use condoms. Regardless of his spokesman's claim that men would be held accountable under the law, Tinderholt did not bother to include the consequences men would supposedly face into his bill. Surely, someone as invested in the prevention of abortion as Tinderholt would be aware of all the ways in which many men help women obtain these services, which makes it difficult to believe that the absence of repercussions for these men in HB 948 is the result of an oversight.

Fortunately for the women of Texas, the bill is almost certain to be found unconstitutional, not just because of its inconsistency with Roe v. Wade, but also because it directs attorney generals to disregard "any contrary or conflicting federal statutes, regulations, executive orders, or court decisions" that would override Tinderholt's proposed law.