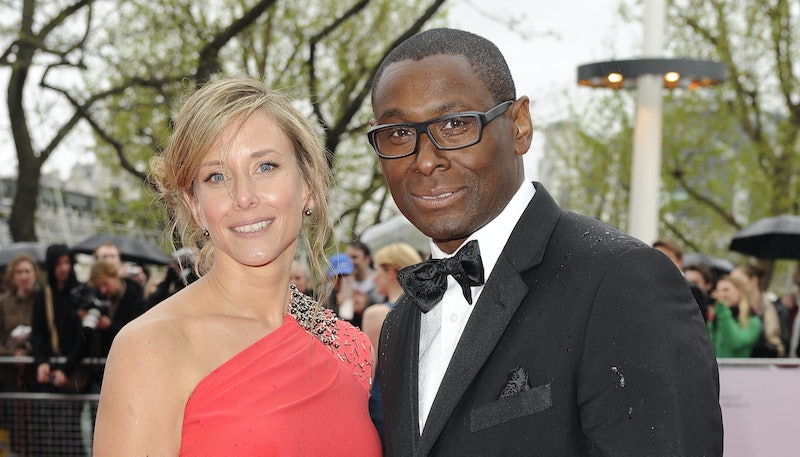 It's fair to say that David Harewood has had quite an amazing acting career over the years. He's played activist Walter Sisulu in Madiba and appeared in Spooks: The Greater Good and Tulip Fever. And who could forget his role in Homeland? R.I.P. David Estes am I right? But I want to learn a little bit about the actor outside his blockbuster career. For example, how did David Harewood meet his wife Kirsty Handy? Let's dig in.

It looks like the two have been pretty private about their relationship so I'm not sure exactly how Handy and Harewood met but according to Digital Spy, the couple were together several years before tying the knot in 2013. The Daily Mail reports that the couple share two daughters, Maize and Raven, who also attended the wedding. According to the Daily Mail's report, the wedding was nothing short of idyllic and Harewood and Handy exchanged vows in Barbados. Jealous yet? The Daily Mail report says that the ceremony took place at Stanford House, Polo Ridge in St James. The dream.

Despite keeping a pretty low public profile, Harewood has mentioned has spoken publicly about Handy a couple of times. In an interview with the Guardian, when speaking about his family values, the actor said:

"I married my wife Kirsty in February this year although we have been together for many years. Her best quality is that she keeps me very grounded."

Real relationship goals. Harewood continued, "we still live in Streatham, south London. I am very happy there and have no immediate plans to move. There is a common misconception that I am swimming in money now, and that's certainly not the case."

On May 16, BBC2 will air David Harewood: Psychosis and Me, a documentary that will explore Harewood's journey with mental health. The Telegraph reports that the actor had a psychotic breakdown when he was 23 years old after he finished at drama school. The newspaper reports that he turned to "alcohol and cannabis as a distraction."

"My friends at the time were saying it on the grapevine, that ‘Dave’s not right’, but for me it was exciting. And they didn’t know if I was just getting a bit out of hand or just being a little bit boisterous. That’s the thing with psychosis, you can be fine for a few hours and then you’re off."

Harewood's psychosis led him to be sectioned. Speaking about the incident with the BBC during a Mental Health Awareness Week event, he said: "There’s a moment in [David Harewood: Psychosis And Me] when, it’s clear when I get to the hospital, the Whittington Hospital in Archway, I had completely buried the memory of being hospitalised. And I was very, very emotional. I actually thought during the filming I was going to have another breakdown. It was the toughest thing I’ve ever had to do."

Harewood's bravery with opening up to the public about his experience with psychosis is incredible. The Telegraph reported that Harewood has "always been entirely honest about a very strange few months, especially to his wife, Kirsty, and two daughters." I'm hopeful that Harewood's bravery and openness coupled with his wife's and family's support will inspire other families.