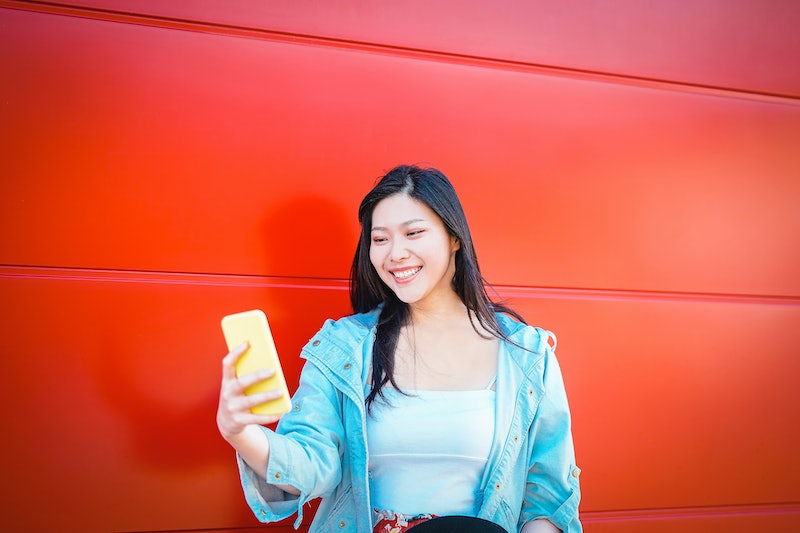 Picture this: you're feeling your look, you post a shot to Instagram, and the likes come pouring in. It's a great feeling. Well, what if you added to that the fact that your latest purchase didn't detrimentally effect the planet? No waste, no water, no industrial emissions. Even better, right? It sounds ludicrous, but with the rise of digital fashion, owning new clothes that have had close to zero impact on the environment is easier than you think.

A few months back, a virtual dress sold for £7,500. Futuristic not only in its creation but also in its translucent design, the dress was given as a gift to the buyer's wife. Digital experts placed the garment over an image of her, and voilà. A new look to show off on social media was born.

This particular item came from The Fabricant: a digital fashion house that prides itself on imagination and limitless design. But it's not the only company taking a walk on the virtual side. Carlings, a Scandinavian retailer, created its first digital collection in 2018. Full of streetwear graphics and sci-fi styles, it promptly "sold out."

Carlings' brand director Ronny Mikalsen explained to the BBC: "It sounds kinda stupid to say we 'sold out,' which is theoretically impossible when you work with a digital collection because you can create as many as you want. We had set a limit on the amount of products we were going to produce to make it a bit more special."

Carlings' collection was far more affordable than the Fabricant dress, with the most expensive item costing just over £25, but these designs could well become more valuable given time and the right environment.

"With the proliferation of high street stores where everybody is pumping out huge volumes, but every store is the same, it’s made the world very boring," Matthew Drinkwater, head of the London College of Fashion's Fashion Innovation Agency, told Elle back in July. "I think the element of exclusivity that you could create through digital clothing is something that could build that desire and actually return a sense of how we used to shop."

Plus, virtual clothes don't leave behind a nasty carbon footprint. The sustainable angle will be pushed this week in London when a pop-up experience will see shoppers donate a garment to receive a digital fashion souvenir. Both Carlings and The Fabricant will be taking part in Hot:Second along with British designer Christopher Raeburn.

Digital fashion still has some teething problems, though. For example, each design requires a high level of 3D expertise, which isn't too easy to come but. Plus, right now, items are only likely to appeal to influencers yearning for constant newness. But in time, virtual wardrobes could give people the chance to "own" something they'd never be able to afford in real life, paving the way for digital avatars to show off new clothing, rather than our actual selves.

The world could be a decade away from accepting the trend, according to Drinkwater's interview with Vogue Business, but plans are already in motion to popularise it. The Fabricant will begin selling designs via an app by the end of 2019, reports Fashion United, with each item receiving a unique identification number to prevent counterfeits. (See what I mean about it becoming an investment?) And one brand, RTFKT, is already selling virtual versions of its trainers alongside the real thing.

You may snigger, but stranger things have happened in the world of fashion.