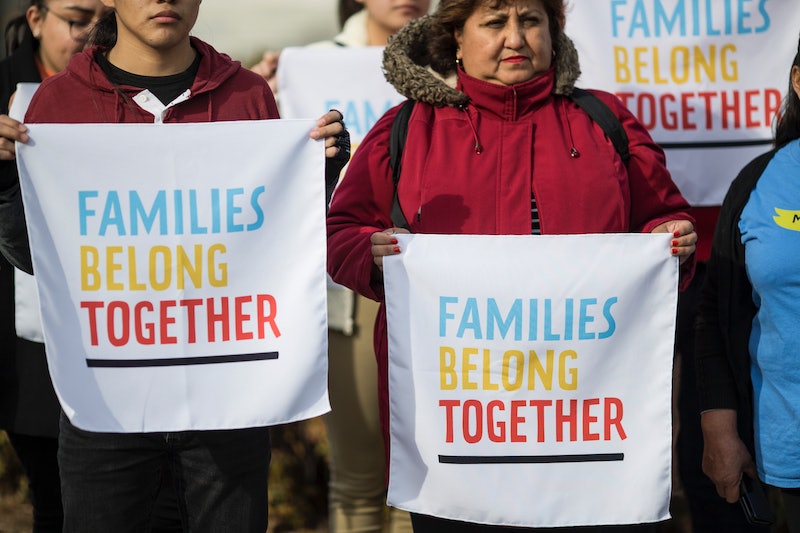 Federal law sometimes finds itself at odds with local law, creating a legal gray area. That's precisely how sanctuary cities work, although they come in many different shapes and sizes. According to recent reports, the Trump administration is considering using those so-called sanctuary cities as part of its immigration policy.

Twice the administration has considered sending detained migrants to sanctuary cities, Politico reports. The idea never gained traction, however. But that may have changed this week, after President Donald Trump tweeted that he was considering the option.

"Just out: The USA has the absolute legal right to have apprehended illegal immigrants transferred to Sanctuary Cities," Trump tweeted on Saturday. "We hereby demand that they be taken care of at the highest level, especially by the State of California, which is well known or its poor management & high taxes!"

Press Secretary Sarah Huckabee Sanders confirmed over the weekend that the idea was on the table. The idea, she said during an interview with ABC News, would ease the burden of “one or two border communities" by spreading migrants around the country.

“The president likes the idea and Democrats have said they want these individuals into their communities so let’s see if it works and everybody gets a win out of it,” Sanders said. "Again, this is not the ideal situation."

"Sanctuary cities" could actually be a misleading term, according to USA Today, which notes that states, counties, and municipalities can all be considered immigration "sanctuaries." They come in many different forms, but the key idea is that local law generally (or directly, in some cases) refuses to cooperate with Immigration and Customs Enforcement (ICE).

According to the Center for Immigration Studies, sanctuary cities tend to instruct their local agencies against cooperating with ICE. Some, according to the center, make it difficult to comply with an ICE detainer — a notice that the agency plans to take custody of a potentially undocumented person — or even deny ICE agents' ability to interview that person.

Over the weekend, Trump took a swipe at Oakland Mayor Libby Schaaf, over her city's so-called sanctuary status.

"So interesting to see the Mayor of Oakland and other Sanctuary Cities NOT WANT our currently 'detained immigrants' after release due to the ridiculous court ordered 20 day rule," Trump tweeted on Saturday. "If they don’t want to serve our Nation by taking care of them, why should other cities & towns?"

"It’s time to stop fanning hate and division @realDonaldTrump - I’ve been consistent and clear: #Oakland welcomes all, no matter where you came from or how you got here," she wrote back.

Although Trump made clear that he was considering the plan to send detained migrants to sanctuary areas, it wasn't clear over the weekend how such a policy would logistically work. Many Democrats, CNN reported, appeared to oppose the proposal, which they cast as costly and complicated.

The idea of sending detained migrants to sanctuary cities comes as the president continues to fight for increased security at the U.S.-Mexico border. Whether the idea will actually become policy or remain a fiery tweet on the president's account is still unclear.