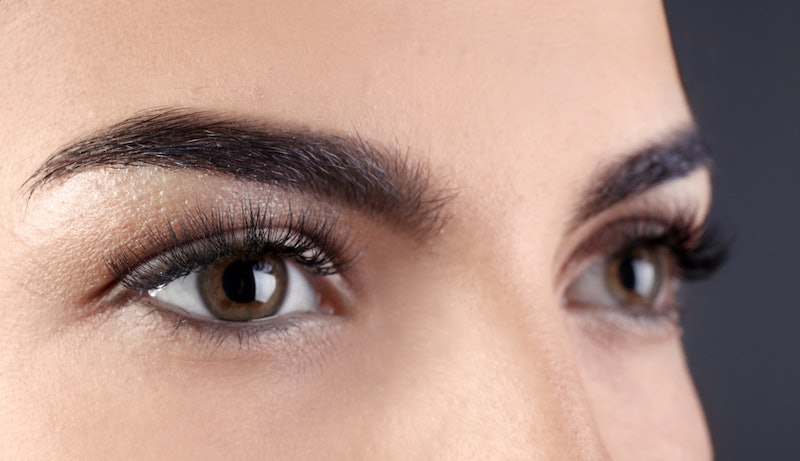 Let's be honest: the world of false lashes can be hella intimidating. What's more, there are so many options to choose from these days, from falsies you can buy down at your local Boots store to lash extensions, or my personal favourite, LVL (a natural lash lift). And the latest trend is to invest in magnetic lashes, which require no glue and are apparently relatively fuss-free. So how do you use magnetic lashes, and which are the best ones to buy?

Let's begin with how magnetic eye lashes actually work. Before I had read about the ins and outs of them, I literally could not envisage how something so niche would work. But it's actually relatively simple: magnetic lashes are false lashes that use magnets to connect to your lashes rather than glue. All you have to do is apply the upper set above your upper lashes, and the lower set below your upper lashes (with your natural lashes in-between) so that they can seal together.

Admittedly, getting used to magnetic lashes can take some practise. Initial fears can include being terrified that a strong magnetic could rip off your natural lashes, but brands design their products with this in mind, so it's all pretty safe. It's important to try and get the strips as close to your natural lash line as possible and not blink, although the whole process can feel very alien at first.

The obvious upside of magnetic falsies is not having to deal with fiddly glue. Everyone's been on a night out or at a party (or in my case, at a fancy awards party surrounded by celebs and clearly not recognising how drunk and inappropriate I was being) screaming "DOES ANYONE HAVE LASH GLUE I CAN BORROW?" when the inevitable happens. Magnetic lashes do seem to offer an effective alternative to traditional falsies, and more and more brands are jumping on the bandwagon.

But if I could share one secret with you about applying false lashes, whatever the type (and trust me, I am a total novice), it would be to invest in a false lash applicator. A bunch of brands now do them (including Eylure at Boots), and they all pretty much do the same job, but my GOD they make things so, so much easier.

In the mean time, check out these three pairs of magnetic lashes I recommend trying:

Ardell Wispies Magnetic Lashes
Look Fantastic
My pick of the pack, these falsies are made from 100% human hair, are easy to apply and are reusable. Ardell is a brilliant false lash brand, so these are a safe bet.
Eylure Baroque Corner Lash Magnetic Lashes
Eylure
Eylure has a great reputation in the land of lashes, so of course they have got on board with the magnetic trend. Their corner lashes are perfect for adding a little extra edge to your look, but great if you still want to keep things fairly subtle.
Magnetise Rose Magnetic Lashes - Rosie
Lash FX
If you're after something natural, these are the ones for you. Naturally lightweight and easy to blend with your natural lashes, these are definitely worth a try.