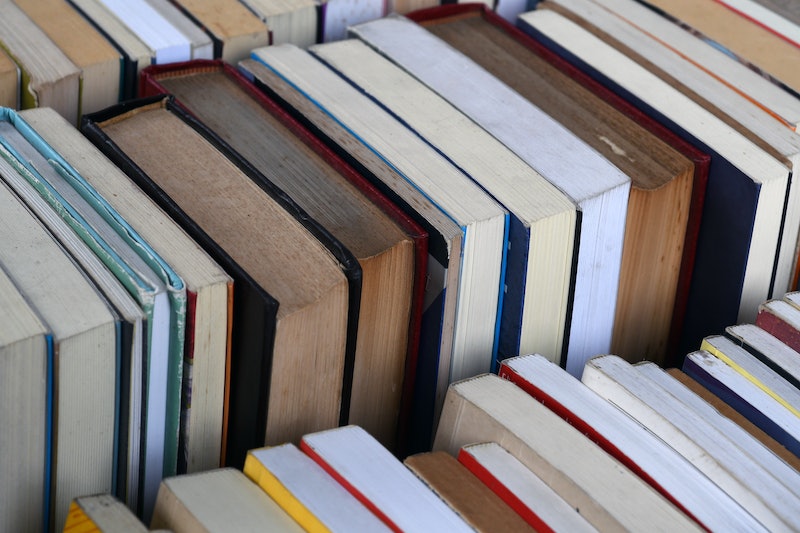 It started with a few symptoms. My stomach complained whenever I ate chocolate or drank coffee. I'd feel terrible for days after eating ice cream. Heartburn — at the ripe old age of 20 — kept me from eating tomato sauce. After almost two years of increasing discomfort, the pain in my chest got so intense I thought I was having a heart attack. Cue a panic attack and a trip to the ER, where they sent me home with a diagnosis of “nothing urgent.”

When I finally saw my doctor a few weeks later, she told me I had gastritis, or inflamed stomach lining. She told me to avoid certain foods, but more importantly, try to eat every three hours. It wasn’t caused by what I ate per se, but mainly the fact that I’d fallen into the habit of not eating for long periods of time. I was never a breakfast person, so my first meal of the day was usually lunch. My junior year I had class from 11 a.m. to 2 p.m. almost every day, so that meant I’d eat for the first time after my 2 p.m. class — around 3 p.m.

I wasn't consciously stopping myself from getting food. I had always been pretty stressed out, but that year, I was applying for internships, adapting to my new birth control, and also decided to add a double major in French. I thought I couldn't stop working, even to eat, if I wanted to get everything done. I didn't find eating important unless I was starving, and I was so used to having an empty stomach that being hungry didn't annoy me that much.

It didn’t help that every time I did eat, those gastritis symptoms came back — the gurgling, the indigestion, and the anxiety that maybe this time it was a heart attack, not heartburn. Eating was painful, but fasting only made things worse. Even when I tried to pay attention to my body’s hunger cues, too many foods — even “healthy” foods like yogurt — caused discomfort. Before I realized it, I was having a single meal a day. The anxiety around eating anything kept me up at night; the sleep deprivation further pushed my mental health to its limits.

Once I noticed how much better I felt when I was actually eating, it became a habit.

As Dr. Rita Knotts, MD, a gastroenterologist at NYU Langone, tells Bustle, "If you have an illness, of course it's going to affect your mental health. It's a never-ending cycle. You eat something, you experience pain, you don't really find joy in eating anymore." The signs the brain sends to the stomach seem to be simple; you feel nauseated because you’re nervous, for example. But the gut-brain connection goes the other way, too. Mental health can seriously impact the gastrointestinal tract, and that in turn can have just as many impacts on your relationship with food.

It's not uncommon for people with eating disorders to develop digestive illnesses, for example. In a study from 2005, researchers from the University of Sydney found that 98% of 101 female patients admitted to an eating disorder unit fit the criteria for functional gastrointestinal disorders, such as heartburn and constipation. In another case study, from 2015, researchers explored a case in which the patient's "ongoing gastrointestinal symptoms led to anxiety, and avoidance of eating, with subsequent weight loss, necessitating specialized eating disorder treatment." Acid from frequent forced vomiting can cause inflammation to the lining of the esophagus, stomach, and entire gastrointestinal tract, which in turn can result in complications, such as gastroesophageal reflux disease and gastritis. When people actively skip meals, the gastric juices have nothing to stop them from irritating the stomach lining, making it increasingly sensitive. And anxiety may increase acid secretion from the stomach, which ups the likelihood of issues like gastritis.

Not everyone’s mental health will affect their body the same way. "When a person is stressed, their body will release its stress hormone, cortisol. Increased amounts of cortisol will cause people to crave high caloric, fatty, and sugary foods because their bodies want extra energy to fight the stress," Victoria Murno, RD, CDN, a dietitian-nutritionist at Mountainside, an alcohol and drug addiction treatment center, tells Bustle. I ignored my body's needs, but others will use food as a coping mechanism — and both can be dangerous.

I can’t necessarily stop all the stressors in my life, but knowing how scary gastrointestinal symptoms can be, I try to be more careful with what I can control. For example, food protects an empty stomach from being inflamed by its own acids, so I always carry snacks with me and try to eat every three hours. I also avoid ingredients that are known to be gastritis triggers, like acidic fruits, coffee, alcohol, dairy, among many other things. My phone is full tabs where I’ve Googled if a certain food is bad for gastritis. Some of the physical symptoms, such as chest tightness and even hiccups, are starting to dwindle; so is my anxiety around those symptoms and eating in general.

Once I noticed how much better I felt when I was actually eating, it became a habit. But for others with eating disorders, relearning a relationship with food can take a lot more work. According to the National Association of Anorexia Nervosa and Associated Disorders, at least 30 million people in the U.S. live with eating disorders, which has the highest mortality rate of all mental illnesses. The National Eating Disorders Association (NEDA) helpline can support people who may be struggling or seeking help, because no one needs to go through this alone.

More like this
16 Valentine’s Day Quotes About Chocolate That Will Make You Hungry
By Emma Cueto
Dunkin’s Valentine’s Day Lineup Includes A Drink That Tastes Like Dessert
By Alexis Morillo
Pret & Costa’s Coffee Is The Strongest On The High Street, According To Which?
By Sam Ramsden
15 Black-Owned Liquor & Wine Brands To Add To Your Bar Cart
By Alexis Morillo
Get Even More From Bustle — Sign Up For The Newsletter
From hair trends to relationship advice, our daily newsletter has everything you need to sound like a person who’s on TikTok, even if you aren’t.