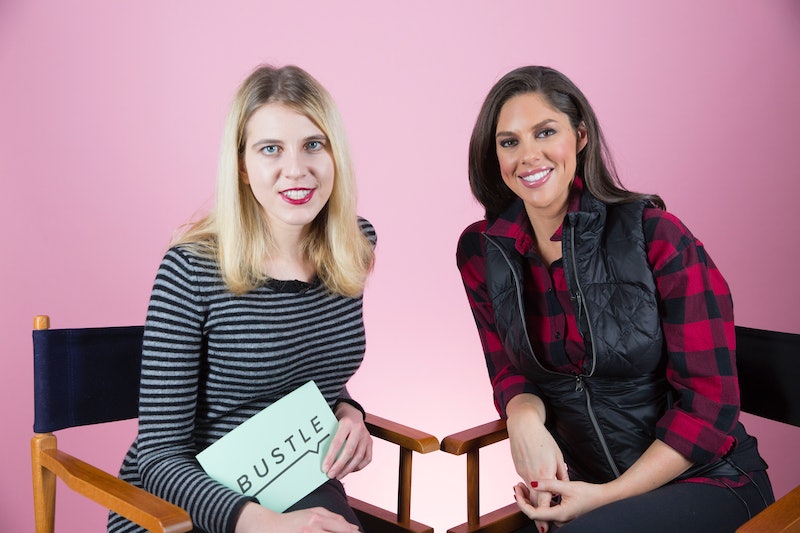 Finding empathy for Donald Trump might be hard in the middle of his completely unfounded whines about voter fraud and his recent executive order to start building his promised wall along the Mexican border. But if anyone can empathize with what Trump and his family have been through, it's Abby Huntsman, who has personally experienced a presidential campaign.

On Wednesday, Bustle held a Facebook Live interview with the FOX & Friends Weekend co-anchor, in which she discussed politics, the media, and Trump's presidency. Huntsman spoke about her atypical experience of being in high school and watching your dad (in her case, John Huntsman Jr.) run for governor. In addition to being the former governor of Utah, Huntsman served as the ambassador to China and ran for the Republican presidential nomination in 2012. If anyone is used to her family being under the microscope, it's Abby Huntsman.

Huntsman said she often related to a quote she heard from George W. Bush: "I've been the son of a president and I've been the president — being the child was harder." However, even though it wasn't always the easiest, Huntsman said being the child of a politician has made her better at her job, because it makes it easier to relate to what Trump's family is experiencing

When asked about the Women's March in Washington D.C. and the ones that occurred throughout the world this weekend, Huntsman spoke about how impressed she was. Comparing freedom of speech in China (where she spent some of her childhood) to the freedoms we're afforded in America, she says the march reminded of why America is a great country.

"Having spent time living in Beijing and in Asia growing up with my family, I have seen firsthand a protest with even 20 people get cracked down within two minutes, and people getting abused by police, because that's what happens in places like China," Huntsman says. "They're not allowed to speak out. They can't do that. So any time this happens, I'm reminded what a great country we live in."

From Huntsman's perspective, the march confirmed why "this is still the best place to be a woman, because we're allowed to go and fight for things we believe in and are passionate about."