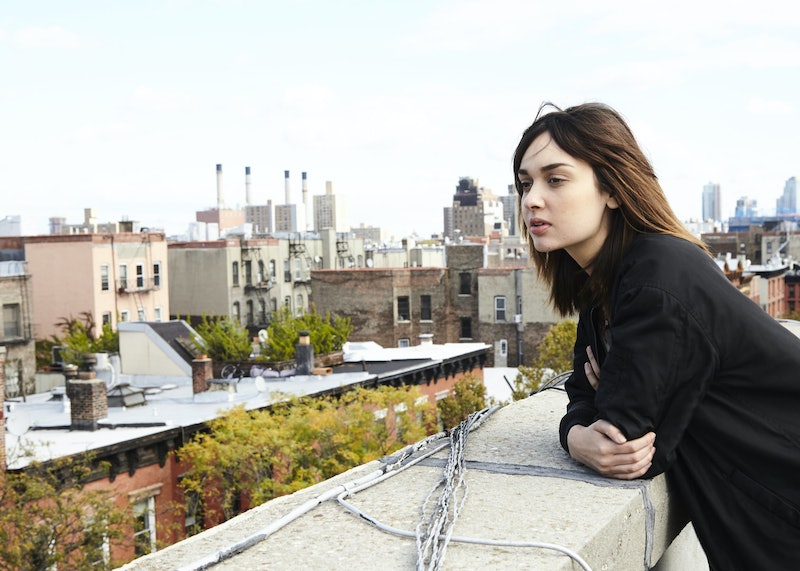 The answer to how the U.S. economy is doing depends on who you ask. One of the biggest issues in American politics (and life) right now is the enormous wealth disparity between the rich and everyone else. While the astronomically rich are getting astronomically richer, most people aren’t coming anywhere near that kind of wealth, with some marginalized populations seeing the least amount of growth (and even some loss of their wealth).

If you ask Trump, the economy is doing great. If you ask an economist, the answer is way more complicated. The strength of the economy depends on whether you’re measuring productivity, joblessness, incomes, or growth, among other factors. According to the Bureau of Labor Statistics, the unemployment rate was 3.9 percent as of July — slightly lower than it was in June — and average hourly earnings rose to $27.05, a seven-cent increase from the previous month.

But if you ask someone who’s paying off student loans or a factory employee who just lost their job how they think the economy is doing, then you’re probably going to get a more pessimistic answer.

So, there really isn’t one answer to how the economy is doing. There are a few conventionally accepted benchmarks, like the unemployment rate and average hourly earnings, and some others like the national debt.

Speaking of, what is the national debt? And who are we even in debt to?

The national debt is the amount of money the United States owes to other entities. Right now that’s more than $21 trillion. Some of those entities are other countries, most prominently China (we owe them $1.19 trillion), and some of them are government agencies. Oh, and the government also owes you money.

Hang on, let’s talk about the others first. As of August 2017, China, Japan, and Ireland were the United States’ biggest creditors, or entities that have loaned the United States money. If you’re imagining a kind of international Venmo, that’s not quite how it works. The national debt works a little bit more like a deal: China, for example, loans the United States money by buying its debt, because debt is basically its own currency.

Entities can buy into the national debt — that just means the United States has to pay back whoever holds that debt.

Think about it this way: We all have that one friend who can never keep track of their wallet but comes to brunch anyway. Most of us handle the situation by covering that friend’s portion of the check, and then asking them to pay us back later. But let’s say you need that money back sooner. Then you might go to another brunch buddy and ask them to lend you that money, on the condition that your freeloading friend pay that person back instead of paying you. That way, your forgetful friend pays their portion of the check; you get paid back on your own terms; and your second brunch buddy expects a Venmo payment to round out their own bank balance.

That’s roughly how it works with the U.S. national debt, on a much larger scale. Entities can buy into the national debt — that just means the United States has to pay back whoever holds that debt. Just like your freeloading friend has to pay either you or your responsible friend back, or else risk getting uninvited from brunch.

What are the government agencies we owe?

The United States owes the Social Security Administration $5.7 trillion as of March. According to a report the U.S. Treasury published in May, it also owes $883 billion to the Office of Personnel Management Retirement and $746 billion to the Military Retirement Fund, among other obligations.

But how does the U.S. government owe itself money?

Can we get back to Uncle Sam owing me money?

Sure! But don’t get too excited — you probably aren’t going to get a check anytime soon. Remember how the United States owes the Social Security Administration money? Well, that money is technically yours.

It’s more like the United States owes money to your future self.

If you’re employed, part of the taxes you pay goes to Social Security. Once you reach a certain age, or if you have certain disabilities, you can collect that money in the form of monthly payments. It’s more like the United States owes money to your future self.

What’s being done about the national debt?

From day to day, it’s mostly getting shuffled around. The various smaller debts that add up to the larger national debt come due at different times. Sometimes, the government borrows money that it must repay in just 28 days. But sometimes the term of repayment — the amount of time the government has to pay off that debt — is as long as 30 years. And in order to pay those debts when that deadline comes up, the government often just borrows money from somewhere else.

The big picture is pretty similar. In April 2017, Trump said that he plans to get rid of the entire national debt “over a period of eight years.” In order to do this, Trump said he would “renegotiate trade deals and renegotiate military deals” with other countries. Trump claimed the United States is “doing so badly on” those deals and that renegotiating them would result in economic growth that the government could use to pay down its debt. But so far, that isn’t happening. The White House also has pushed for tax cuts that would make matters much worse, according to the nonpartisan Congressional Budget Office.

Speaking of trade, what’s up with these tariffs I keep hearing about?

Tariffs are taxes the government charges on stuff going in or out of the United States. Trump increased tariffs on certain products that get imported into the country. Those include imported solar panels and washing machines, as well as steel and aluminum from Canada, Mexico, Europe, and China.

All right. Do tariffs have anything to do with the national debt?

According to Trump, they do. In a tweet in August, Trump claimed that tariffs will enable the United States to “start paying down large amounts of the $21 Trillion in debt that has been accumulated.”

Sounds like there’s a lot going on with the economy. Where can I learn more?

Explainers are your friend. They can be videos, essays, podcasts — you name it. In fact, you’re reading one right now. The Economist publishes a list of its most popular explainers every year, and The Atlantic has also published a series of economics explainers. Both are good starting points. The economy is a huge, complex puzzle, but it never hurts to know more, especially when you’re getting ready to head to the polls.

More like this
Where Is Former Bachelor Host Chris Harrison Now & What Is His Net Worth?
By Hugh McIntyre
Romance Authors Are Mobilizing For Reproductive Rights
By Natalia Perez-Gonzalez
New Coins Unveiled As King Charles III's Reign Gets Underway
By Sam Ramsden
Here’s Everything You Need To Know About Operation London Bridge
By Bustle UK
Get Even More From Bustle — Sign Up For The Newsletter