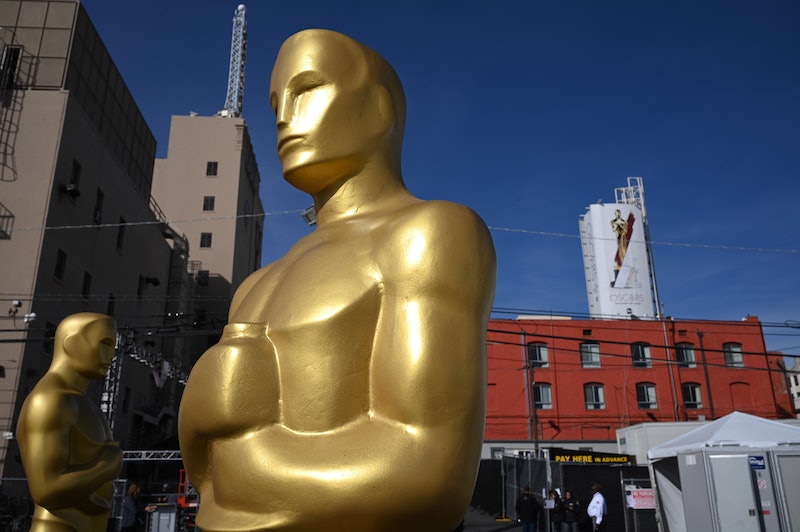 The Oscars ceremony is not exactly known for being short and sweet. Every year, the Academy tries to shorten the ceremony, but it never really works. So, while everyone is excited to see which celebrities will surprise us and which movies are going to win, it's also extremely important to know how long the 2020 Oscars will be, or, more importantly, when you can go to bed.

A big change this year is that the ceremony will occur earlier than usual, on Sunday, Feb. 9. This year it is the earliest it's ever been in the Academy Awards history. Since 2004, the ceremony has been held in late February, going as far as airing in early March a few times. Before that, it took place in late March. And though the decision caused an outcry as the awards season has been shortened, with one big ceremony right after the other, the change seems to be exclusive to this year, as the dates for 2021 and 2022 have been pushed back to later in February, thanks to other big events competing for audience such as the Super Bowl and the Olympics.

As for how long the ceremony will be, fans should not expect a lot of changes either. In 2018, the Academy announced that they were "planning a more globally accessible, three-hour telecast" for the ceremony. They were mostly concerned about losing viewers on the East Coast, where the show constantly ends way after 11 pm. But since the plan didn't work out so well last year — the 2019 Oscars went way beyond three hours (by 23 minutes, to be exact) — there's no reason anyone should expect the awards this year to be shorter.

So even though the Academy is making efforts to reduce the running time, reportedly to protect television ratings, it's very likely that the awards will go several minutes beyond three hours again. The ceremony will probably end before the benchmark of four hours, which is rarely surpassed. And perhaps it won't be as long as in 2018, when the running time was only seven minutes short of four hours, considering the Academy's true concern with the running time as it is. But we should definitely expect to have our eyes on it for more than three hours before we learn which movie takes Best Picture.

More like this
Yes, You Can Stream ‘To Leslie’ In The UK Now
By Sam Ramsden
Paul Mescal’s Family Celebrated His Oscar Nomination In The Sweetest Way
By El Hunt
12 Years Ago, Austin Butler Manifested His Oscar Nom In This Disney Movie Scene
By Jake Viswanath
Why Andrea Riseborough Is Confused By Her Oscar Nomination For Best Actress
By Jake Viswanath
Get Even More From Bustle — Sign Up For The Newsletter
From hair trends to relationship advice, our daily newsletter has everything you need to sound like a person who’s on TikTok, even if you aren’t.