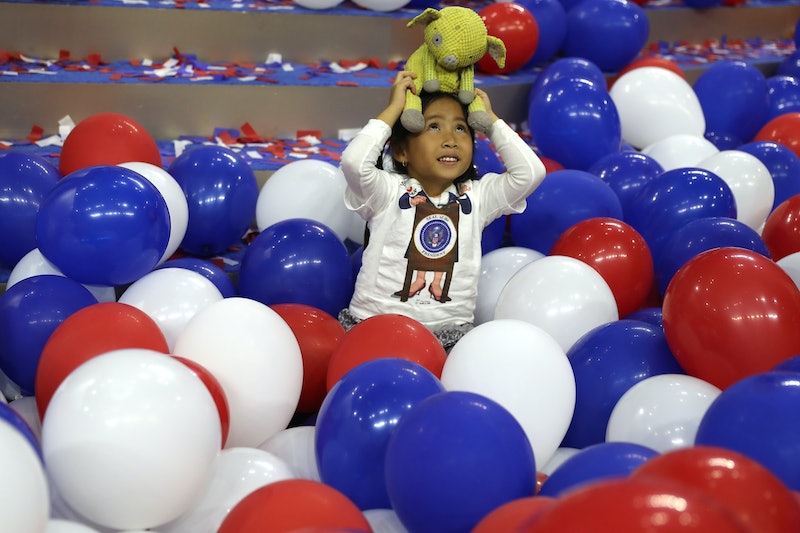 For decades now, the Democratic National Convention has been known to be an illustrious and highly-anticipated event. More commonly known as the DNC, this particular occasion is made up of a series of speeches, performances, and debates that take place every four years. So, how long does the Democratic National Convention last? It's not a short affair.

Some examples from the past may give you an idea of how long these things go on. For example, the convention in 2008 took place from Aug. 25 to Aug. 28. In 2012, the blue party's national convention covered two days between Sept. 4 to Sept. 6. In 2016, the DNC took place between July 25 and July 28. Each event can go on for several hours as is evident from the 2016 convention.

Then there's selecting a venue for the event, which is a major decision. For instance, the Wells Fargo Center in Philadelphia, Pennsylvania, was designated as the main venue in 2016. In this particular case, the center proved to be an experienced political hub as it was also the site for the Republican National Convention in 2000.

Now, you may think that the nomination of the presidential candidate for the Democratic Party is the only highlight of the event, but the DNC covers much more ground than that. For example, the first day of the 2016 DNC revolved around a "United Together" theme. Its speaker list featured people like John Podesta, who was the chairman of Hillary Clinton's 2016 campaign, and other Democrats like Oregon State House Speaker Tina Kotek. Both Podesta and Kotek emphasized the need for unity and progressive values in their individual speeches.

For conventions, each day can have a different theme. For instance, the theme of the second day of the 2016 DNC was "A Lifetime of Fighting for Children and Families," which focused on highlighting working class family issues in America. Its third day's theme was based on camaraderie and was titled "Working Together" while its fourth night's theme was "Stronger Together."

Judging by previous conventions, the upcoming DNC will probably have a new set of themes, speakers, and public addresses related to the party's platform. Right now, however, not much is known about the key events that will take place at the 2020 convention.

So far, what is known about the 2020 Democratic National Convention is that it will take place from July 13 to July 16 in Milwaukee, according to CNN. Based on NPR's report, the blue party picked the midwestern venue for its political "symbolism." NPR journalist Don Gonyea wrote that the Wisconsin city could give the Democrats a chance to "send a message that no voter will be taken for granted."

Ultimately, what takes place at the DNC (or the Republican National Convention for that matter) could solidify its message for American voters. After all, senior Democratic consultant Robert Shrum told The Atlantic in 2016: "The convention, if done properly, allows you to set out a narrative and that narrative is something that voters can relate to."