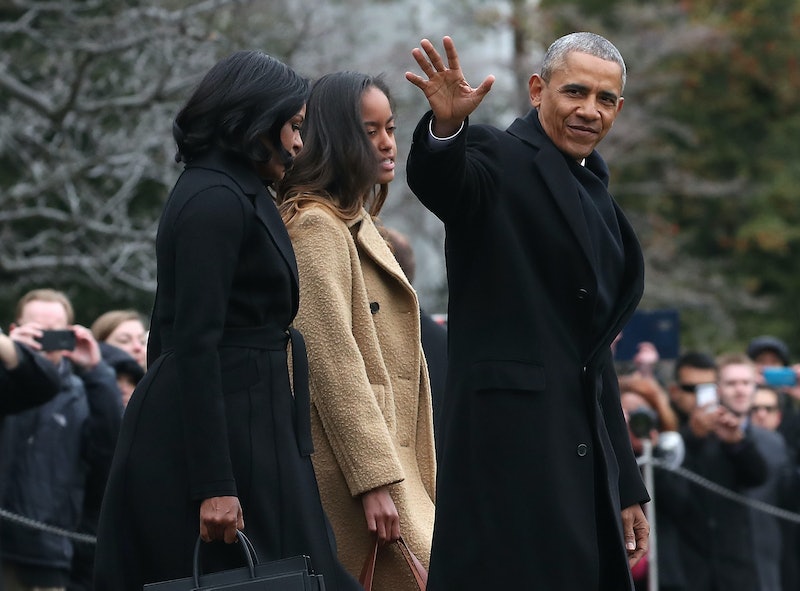 As President Barack Obama prepares to address the nation for the last time on Tuesday evening, many people are wondering how long he will speak for. But if we look to history for an answer, we find that the length of presidential farewell speeches are widely varied, but that the current trend suggests Obama’s adieu will be short and sweet.

Farewell addresses are as old as presidential farewells are — one of the most famous in our nation’s history is the parting missive from George Washington, who published his “farewell address” in September of 1796 and discussed his decision not to run for a third term. Weighing in at a hefty 6,000 words, the speech takes over 35 minutes to read (at least in this version available on YouTube).

Since World War II, only two presidents’ final remarks have eclipsed Washington’s in length, though there was a reason for that. Lyndon B. Johnson and Gerald Ford didn’t just deliver farewell addresses — they each delivered an entire farewell State of the Union address to Congress less than a week before their successors took office. Speaking for nearly 45 minutes each, Johnson’s and Ford’s addresses were modest for SOTUs, but lengthy for presidential goodbyes.

Other presidents in the modern era have kept their parting words shorter.. Harry Truman spoke for 25 minutes. Dwight Eisenhower, Jimmy Carter, and resigning President Richard Nixon each spoke for about 15 minutes upon their departures from the White house. Ronald Reagan’s final address from the Oval Office stretched to 21 minutes, and George H.W. Bush’s last remarks as president, which were delivered in a speech at West Point, were lengthier at nearly a half-hour.

Lately, though, presidential goodbyes have been much, much shorter. George W. Bush gave a 12-minute speech as his last address to the nation, bested only by Bill Clinton, whose final goodbye was delivered in a lightning fast seven-and-a-half minutes (and listening to the speech, it almost sounds like Clinton was rushing).

It’s hard to say where Obama will fall in the running — his State of the Union addresses have been longer than George W. Bush’s, but shorter than Clinton’s. On the other hand, Obama has an unprecedented task ahead of him: ensuring the orderly transfer of power to a president-elect who is deeply unpopular, who lost the popular vote, and whom many people do not trust.

Still, if I can make a recommendation: don’t look at your stopwatch during this speech, because I bet it will be one you’ll want to remember.