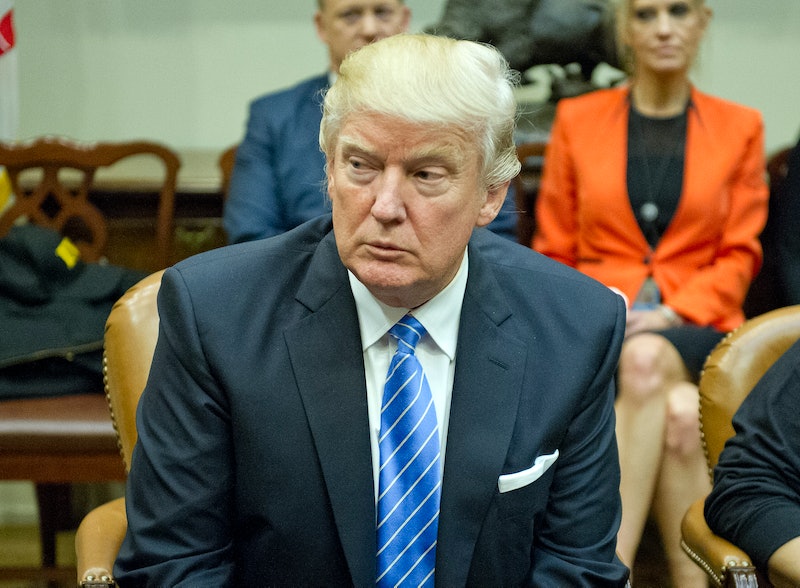 President Donald Trump reinstated the so-called Mexico City Policy, also known as the global gag rule, an executive order which blocks funding international nongovernmental organizations that provide abortion services — or even just list abortion as an option. But how many organizations are affected by the gag rule?

It's hard to say; the United States spends $10 billion a year on global health, with $607.5 million on reproductive health alone, NPR reported. But it's not clear yet which organizations will choose to give up funding and continue providing abortion services, and which ones will acquiesce to the gag rule's restrictions. International Planned Parenthood, for example, would lose $100 million in the next two or three years for not complying with the policy, its director of advocacy Allison Marshall told NPR. "We'd have to stop telling women and girls when they came into our clinic what their options are," Marshall told NPR. "And we can't do that."

The policy was originally adopted by Ronald Reagan in 1984, but it's been eliminated and reinstated multiple times since. Republican presidents have consistently reinstated the policy, while Democratic presidents have removed it.

"I think the president, it’s no secret, has made it very clear that he’s a pro-life president," White House Press Secretary Sean Spicer said during a Jan. 23 briefing. Spicer also claimed the policy respects "taxpayer funds that are being spent overseas to perform an action that is contrary to the values of this president."

The thing is, the 1973 Helms Amendment already prevents the use of foreign assistance funds to pay for abortions. Instead, what is being impacted by the global gag rule is contraceptives and family planning. Organizations that refuse to comply with the policy lose donated contraceptives, such as condoms, as well as technical expertise and guidance from the U.S. international family planning program, the Center for American Progress reported.

For instance, after George W. Bush reinstated the policy in 2001, the United States stopped shipping contraceptives to 20 developing countries, according to the Center for American Progress. This actually more than doubled abortion rates in these countries as compared to the rate before Bush's presidency, according to a 2011 Stanford University study. Additionally, with the loss of funds, many NGOs are actually forced to lay staff members off, thus reducing the services offered.

"We know that when family planning services and contraceptives are easily accessible, there are fewer unplanned pregnancies, maternal deaths and abortions," New Hampshire Sen. Jeanne Shaheen told the Guardian. "And when women have control over their reproductive health, it improves the long-term health of mothers and children and creates a lasting economic benefit."

Global organizations that give up even speaking about abortion to maintain their funding don't give people all of the family planning options available. Those that refuse to comply with the gag order will lose funding and thus deny people contraceptives and abortion services. Considering that the Helms Amendment already exists, the gag order seems both unnecessary and harmful to organizations and people in developing countries worldwide.