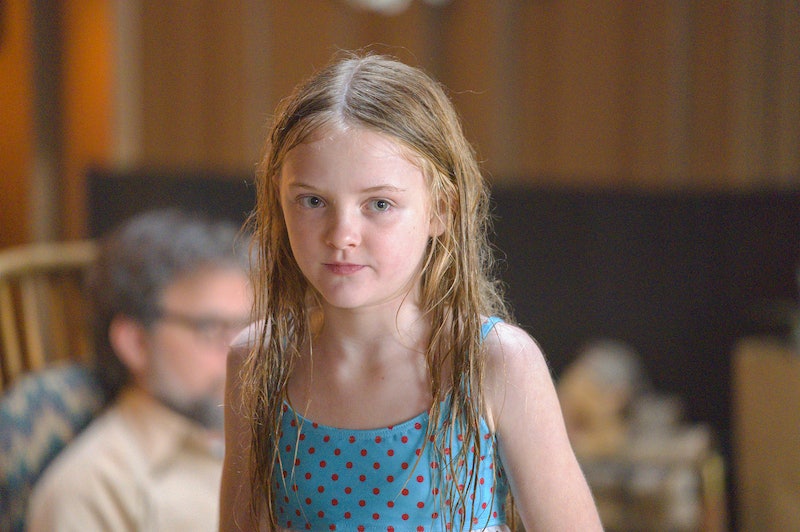 Being the daughter of two Broadway legends in the 1970s sounds glamorous in some ways. But Fosse/Verdon shows that life wasn't always just a bowl of cherries for the daughter of Bob Fosse and Gwen Verdon. Fosse's deteriorating health has been a fixture of the miniseries, so how old was Nicole Fosse when Fosse died? The show has been jumping back and forth from different timelines, but one of the main focuses of "All I Care About Is Love" is Fosse and Verdon working on the beginning stages of their 1975 musical Chicago.

So their daughter will be aging and while viewers have been used to seeing Chandler Head and Blake Baumgartner in the role, Juliet Brett will assume it for May 14 episode. So as the death clock has been ominously ticking on Fosse, Nicole's time with her father is sadly dwindling.

Verdon died in 2000 at her daughter's home and as her obituary noted, Nicole was born in 1963. And while you could do some math to figure out Nicole's current age, she shared with reporters in April 2019 that she is currently 56 years old. As for her father, Fosse died on Sept. 23, 1987, while working on a Sweet Charity revival in Washington D.C. with Verdon. That means Nicole was 24 years old when her father passed, which might be a bit older than some fans were expecting based on all of Fosse's health struggles (both physical and mental) over the years.

While some biopics are controversial because the creators don't get the input of the surviving family members, that's not the case with Fosse/Verdon. Nicole served as a creative consultant and a co-executive producer on the miniseries. The eight-part FX show is based on Sam Wasson's biography Fosse, which focuses on her father's life. So Nicole noted in a conference call with reporters how she was the primary source for information on her mother for the series.

The Fosse biography begins at the choreographer and director's funeral, which took place on Oct. 30, 1987. While there was sadness, Wasson also noted how at the end of the night, the 62-year-old Verdon, the 38-year-old Ann Reinking, and the 24-year-old Nicole took to the dance floor together. Although Fosse and Reinking were not together anymore at the time of his death, Wasson referred to this trio as "Fosse's three women." And anyone who has seen Fosse's semi-autobiographical movie All That Jazz knows that sentiment is true. In the 1979 film, Fosse had their three proxies — Leland Palmer as a version of Verdon, Reinking as a version of herself, and Erzsébet Földi as a version of Nicole — perform together while Roy Schneider's Fosse-inspired character died.

In Wasson's biography, Reinking is quoted as saying, "Nicole kept Bob in life. She forced him to slow down, to be home." And like Fosse/Verdon portrays, Nicole was important to him. Nowadays, Nicole runs The Fosse Verdon Legacy whose mission is to "promote, preserve, and protect the artistic and intellectual property of Bob Fosse and Gwen Verdon."

Nicole herself is a dancer (most notably, she was featured in the movie A Chorus Line) and she has helped to bring Fosse's choreography to current dancers. As The New Yorker highlighted, she recently worked with former Fosse dancer Lloyd Culbreath to teach New York City students the choreography to "Mexican Breakfast." (The Verdon number that heavily influenced Beyoncé's "Single Ladies" music video.) So Nicole is sharing her intimate knowledge of her parents' talents not just for TV but in dance classrooms as well.

Nicole told reporters ahead of Fosse/Verdon how working on the show has helped her understand her parents better, including her father's mental health. "I'm much more aware of how distraught my father could be internally," Nicole said. "Being raised with him as my father, that was normal to me — the obsession with work, the crazy hours. When I watch it on screen or I read it in a script, I really see how enveloped he was by show business to the point where he didn't really develop a lot of another life. Everything was show business to him — film and theater." And while Fosse's life ended in 1987, the show has gone on for his only child Nicole.