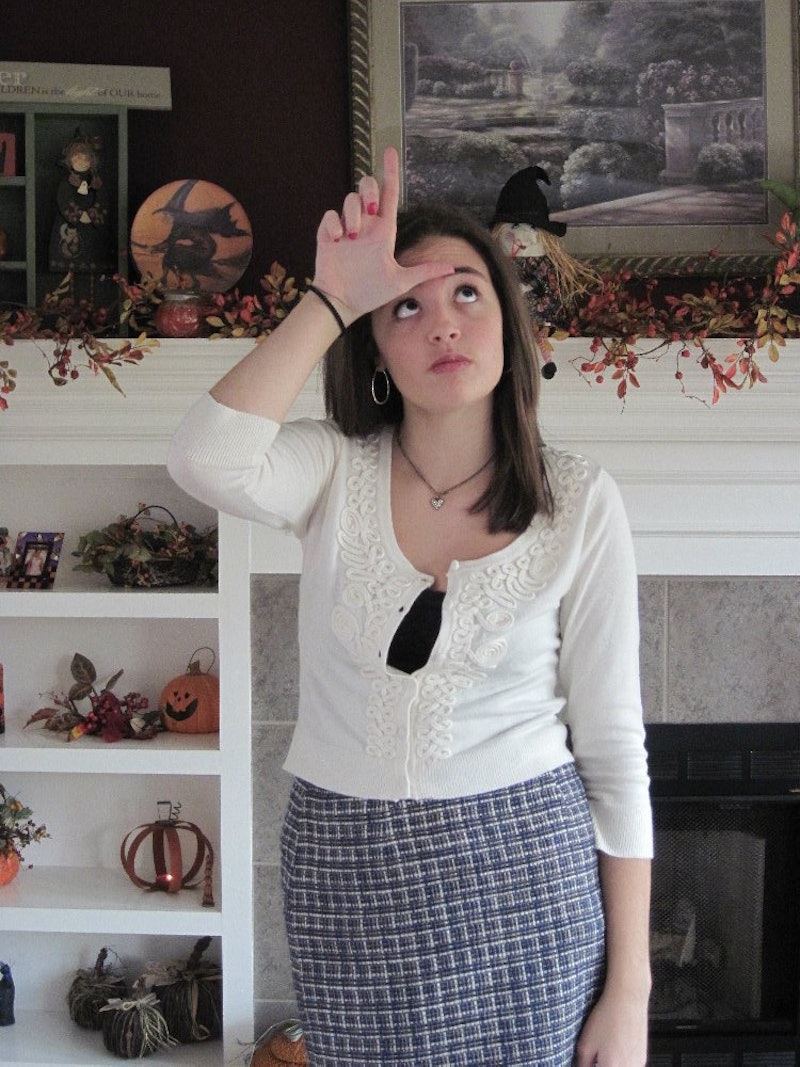 When the first episode of Glee premiered 10 years ago, on May 19, 2009, it was marketed as a show about outcasts. But my then-12-year-old self felt one major feeling: a sense of belonging. As I watched the ragtag glee club finish its rendition of "Don’t Stop Belivin,'' I wiped away tears and found myself connecting with several of the show's characters, especially Lea Michele's high-strung, motivated, Type A Rachel Berry. Over the course of the FOX show's six seasons, I became more and more inspired by Rachel — especially when it came to embracing ambition and leading with my passions.

At the time Glee began, I was in the thick of middle school and several inches taller than nearly everyone in my grade (boys included), which made me constantly feel awkward, gangly, and out of place. It wasn't just my physical difference that separated me from my peers, though; in suburban Missouri, my love for old movies, celebrity news, and Broadway theater wasn't the norm. As such, my passions didn't exactly translate to popularity, and I always longed to be somewhere else — a place like New York, say, where my appetite for pop culture could be satiated. But for a long time, that dream didn't really seem possible.

That is, until I started watching Glee. Seeing Rachel — a teen girl from a similar Midwestern background whose obsession with entertainment often alienated her from her classmates — seize her passions, know her worth, and follow her dreams (despite how unrealistic they seemed) made a huge impression on me. Thanks to Rachel, I deepened my love for pop culture (before Glee, my only knowledge of Barbra Streisand came from Meet the Fockers — a tragic fact that quickly changed), but more importantly, I was drawn to Rachel's unmatched confidence. With gold star stickers placed behind her name on cast sign-up sheets and a naked ambition to make it in New York no matter what, she practically radiated boldness.

Of course, Rachel was far from perfect; in the first episode of Glee alone, she declares herself the “stunning young ingenue everyone roots for" — a statement almost no one gets away with. And compared to some of the show's other characters who dealt with constant bullying for their physical differences or sexual orientations, she had it pretty easy, all things considered. But for me, a girl with a big, outlandish dream to move from Missouri to Manhattan and find like-minded peers, she was proof that I wasn't alone.

And the fact that she actually saw her dreams through made her even more inspiring. Throughout Glee, Rachel was always sure that she is the next Barbra, Patti, or Bernadette, but she actually worked to rise to that belief — leading the glee club, singing a searing rendition of "Don't Rain On My Parade" at Sectionals, and forgoing a life with Finn in Season 3 for a career in New York. Seeing a character commit herself so thoroughly to a future that no one else could quite see yet instilled a fire in me. It led to the realization that it's the doing of the thing, not the dreaming of it, that gets you to the places you desire.

Thanks to Rachel, I stopped being afraid to tell people I would make it to New York, and grew less nervous about coming off as too eager. I stopped wishing I could write about the arts, and started taking steps to actually get there. In high school, I joined the speech and debate team, performing for the first time since my childhood musical theater days. I threw myself into yearbook and newspaper, finally getting to write the stories I had always hoped I could. I visited New York for the first time at 14, during Glee's third season, going to places that characters had been to like Sardi's and Central Park and seeing my first Broadway show. Over the next few years, I traveled there several times; one summer, I worked two jobs just so I could go to the city for three days to see Bradley Cooper perform in The Elephant Man on Broadway.

Not everyone immediately understood my dreams like I did — with The Elephant Man, for instance, my family thought it was strange to work that hard for just one event. But at 21, when I got a journalism internship in New York and moved there for the summer, others finally started to believe that my plan wasn't just a pipe dream. Rachel's Glee storyline had empowered me to embrace my own power, and just like her, I wasn't going to be afraid of my own ambitions. I used her character's arc as a source of safety, a mirror of what my story could look like if I committed myself completely.

Over time, as I began dreaming less and doing more, Glee was gradually a fond memory, not an urgent lifeline. But I never stopped following in Rachel's footsteps, and remembering what her character meant to my impressionable pre-teen self. In Glee's pilot, Rachel asks, "Being a part of something special makes you special right?" For a time, the show was my special thing. It taught me not only how to be a fan of something, but to be a fan of myself — to promote my own talents, dreams, and the belief that I could will them all into reality.