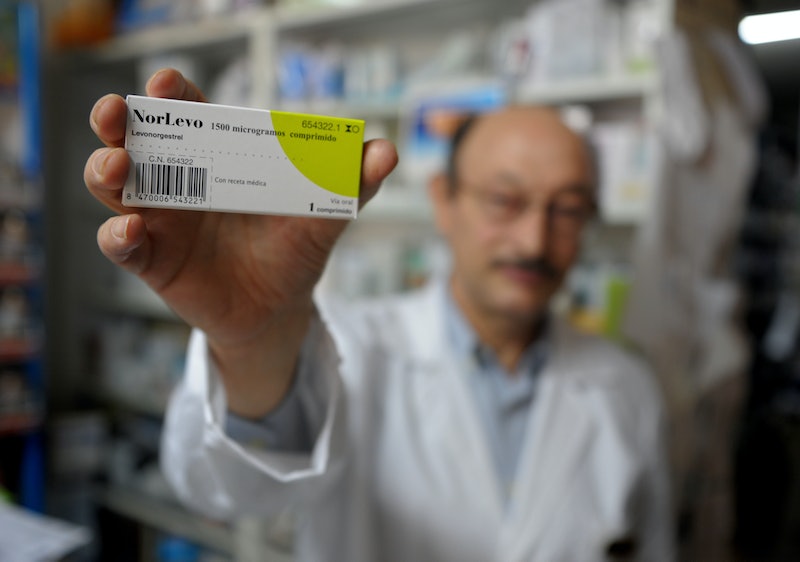 House Resolution 586, otherwise known as the "personhood bill," was recently introduced into the House of Representatives and referred to committee for consideration. If this bill became law, it would dictate that human life begins at fertilization, thereby banning all abortions. Furthermore, if passed, the personhood bill could affect birth control options and access, since the anti-choice movement often believes that birth control inhibits fertilization, even though this is not necessarily accurate.

The one birth control method that does sometimes act post-fertilization to prevent pregnancy is the long-lasting intrauterine device, or IUD. If the personhood bill became law, IUDs would very likely be banned as a birth control option, since some (though not all) IUDs work by preventing the implantation of an already-fertilized egg.

While IUDs are technically the only birth control option that sometimes act post-fertilization to prevent pregnancy, the pro-life movement often argues that Plan B, the pill, the vaginal ring, injectable contraception, and the patch also sometimes work post-fertilization. This means that, if the personhood bill became law, a ban on all hormonal birth control could occur.

In addition to IUDs, Plan B would almost certainly be at the top of the list under a personhood bill ban on birth control. For years, some pro-life advocates have claimed that taking Plan B is equivalent to having an abortion, despite scientific evidence to the contrary.

Of course, it is also possible that all standard hormonal birth control could be banned under a personhood law. According to Mother Jones, hormonal birth control generally works by stopping ovulation. However, certain anti-choice groups insist that the pill can also somehow stop implantation of an already fertilized egg.

If a personhood law actually came to fruition and anti-choice groups won this argument, condoms or sterilization would constitute the only birth control option beyond abstinence that would be available to women.

Evidently, not having access to a variety of birth control options would be extremely detrimental to women and highly limit their agency in making reproductive health choices. While it is unknown how far-reaching implementers would seek to apply the personhood bill should it pass, all of the options outlined above fall within the realm of possibility. And for women who rely on both contraception and abortion access, that's frightening.

Thus, to ensure that the personhood bill does not pass and to protect a woman's right to make her own reproductive health choices, make sure to contact your congressional representatives expeditiously and frequently.