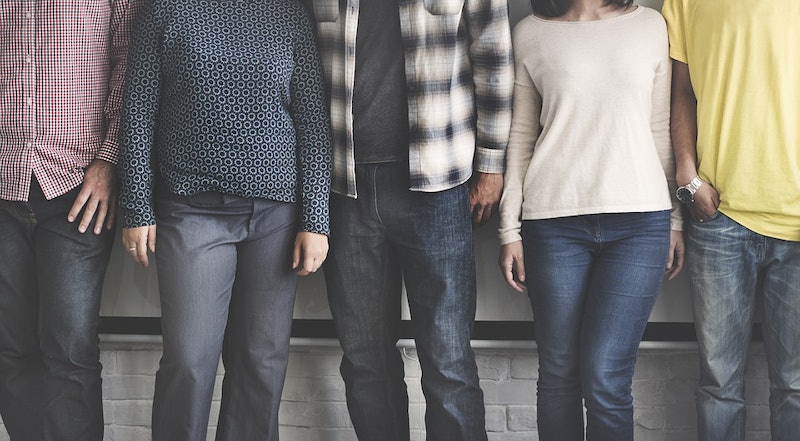 A lot has been said in the past few days about refugee admittance into the United States, especially as President Trump's executive order suspends entry for those who might be “detrimental to the interest of the country.” This is largely a hypothetical for Americans who don’t know anyone who is a refugee. Even though my family came to the United States many generations ago, refugees have been a constant presence in my life: in my work as a college teacher, I know multiple refugees who are pursuing their education at my school — and I depend on them being in my classroom.

A refugee immigration ban would impoverish my courses. The students in my writing classes who have been through the difficulty and struggle of the refugee experience are some of the most engaged, insightful, and open participants in my classroom.

One student with refugee status has been one of the most avid pre-med students at my college, sharing her experience of helping the understaffed doctors in a refugee camp while she was growing up. Her experience puts into sharp relief the passion that drives people to want to become doctors and nurses. Another student makes people feel comfortable and at ease during what are often challenging class discussions, often diffusing heated political debates about the United States' political issues when she brings in her experience of fleeing her country as a child. She sees the problems of the United States as definitely solvable. Her resilience helps re-contextualize embittered conversations among her peers by reminding them that there are harder things to deal with.

When a refugee enters my classroom, my role as a teacher is a particularly humbling one. I know they have lived through so much more hardship than I have, and yet they still treat me with respect, recognizing that we both need each other: I need to know more about the world to be a truly empathetic teacher, and they need to gain skills in English that will allow them to make their impact felt in their future communities. I am humbled that students who have been through far more than I have still see me as someone from whom they can learn, often eagerly.

Most of the refugees I teach are 18, 19, or 20 — they are at the point where a good education could help them make America a great place. I usually don't know that a particular student is a refugee early on in the class, but I do know there are many refugee students at my school, and so it is probable that there is at least one. Just knowing that someone in my classroom might be a refugee makes me extra-careful to never underestimate my students for being young, or to assume that their lives are easy because they are in college now.

The refugees, immigrants, and people of diverse backgrounds in my classroom provide me with more understanding of how a choice made in the United States has a ripple effect throughout the world. It keeps my ignorance of other lived experiences in check.

My school has a big focus on solving real-world problems through collaboration, using the techniques of good business to help solve social issues and make progress for large amounts of people. With refugees and immigrants from all over the world, every seat in my classroom provides a different perspective, another option for how to solve a world problem. In class, I hear students talk about everything from how their towns solved issues like shark attacks, to how their families coped with multiple deportations and being ethnic minorities, to how the pollution from neighboring countries impacts their hometown's air quality.

If all of my students were from the United States, I and my students would not get these perspectives, these lived experiences. My classroom would naturally focus more on problems in the United States that, while still important, are not all that they should be educated about. The refugees, immigrants, and people of diverse backgrounds in my classroom provide me with more understanding of how a choice made in the United States has a ripple effect throughout the world. It keeps my ignorance of other lived experiences in check.

I believe the United States draws much of its strength from being a heterogenous nation, and I deeply value that all the more, thanks to my refugee students. I need them in my classroom as much as they need me.

More like this
Paul Mescal, Man Of Mystery
By Samantha Leach and Heather Hazzan
Khloé Kardashian Is Reportedly Dating A Private Equity Investor She Met Through Kim
By Jordyn Tilchen and Jake Viswanath
21 Signs You're Not In Love Anymore
By Sara Altschule, Kathleen Ferraro and Carolyn Steber
Libra & Aquarius Can Be Great Together, As Long As They Do One Thing
By Kristine Fellizar
Get Even More From Bustle — Sign Up For The Newsletter