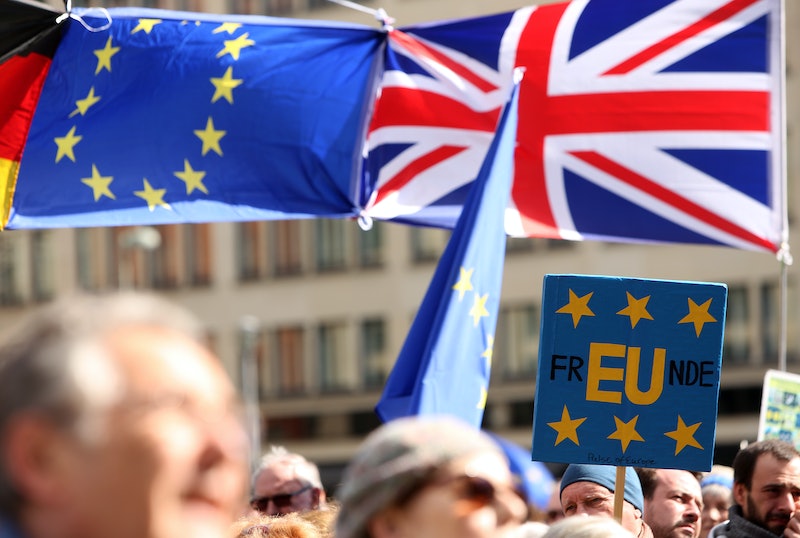 Is it just me, or has all this Brexit drama become strikingly similar to Groundhog Day? Each day I wake up to the same old news that MPs have rejected yet another deal with Theresa May sounding as exasperated as the rest of us feel. It's clear that the public's relationship with the British government is becoming strained due to the ongoing uncertainly. So, how do you call an early general election? Is it possible for the public to call an early general election and could this benefit the outcome of Brexit overall?

As the Telegraph reports, Theresa May did announce on March 27 that she would resign as Prime Minister once her deal was passed, which MPs have suggested could be May 22. "I am prepared to leave this job earlier than I intended in order to do what is right for our country and our party," she said during statement outside No. 10. "I ask everyone in this room to back the deal so we can complete our historic duty — to deliver on the decision of the British people and leave the European Union with a smooth and orderly exit."

Despite this knowledge, it hasn't stopped many from wondering whether or not the public themselves can invoke a general election. Unfortunately it doesn't seem as though anyone but Parliament can call a general election, especially when it comes to the event of a snap election or a vote of no-confidence. According to The Guardian, a general election (even an early one) can only be called under the 2011 Fixed-Term Parliaments Act, which was put into place to "keep governments to five-year terms by removing the previous ability of prime ministers to call an election when they wanted."

As The Independent reports, this was introduced to make sure that the coalition government (between the conservatives and liberal democrats) remained stable without the possibility of either party bringing "the government down and forc[ing] another election." However once May was elected in 2016, she actually intended to scrap the Act but her proposition "failed to win a majority in the Commons" in 2017 as The Week reports.

With this Act, it means that there are two options for an election to be called inside the five-year period. According to The Week, this would either come down to two-thirds or more of MPs voting in favour of an early election, or if MPs were to back "a vote of no confidence in the sitting government" and allowing two weeks to pass "without any administration gaining — or regaining — that confidence."

That's not to say that the public can't have a direct influence, however. I mean, you only have to look at the more than 6 million people that signed the petition to revoke Article 50 as an example. Despite the fact that Parliament initially declined to revoke the agreement, the petition was debated in Westminster Hall on Monday and was actually called to be moved to the Commons by Independent Group MP Chris Leslie, as BBC reports. He said:

It is now our duty, faced with this six million petition, to not have it pigeonholed and side-lined here in Westminster Hall, but to take those views and have that voice be heard in front of the government. Not just a junior minister, but the prime minister and senior cabinet members need to hear the voices of the people.

So while there's no direct electoral way for voters to express their frustration until a general election is caused, there are things you can do, by signing petitions or attending marches that champion your point of view. It's also possible to contact to your local MP, via this section of the Parliament website.