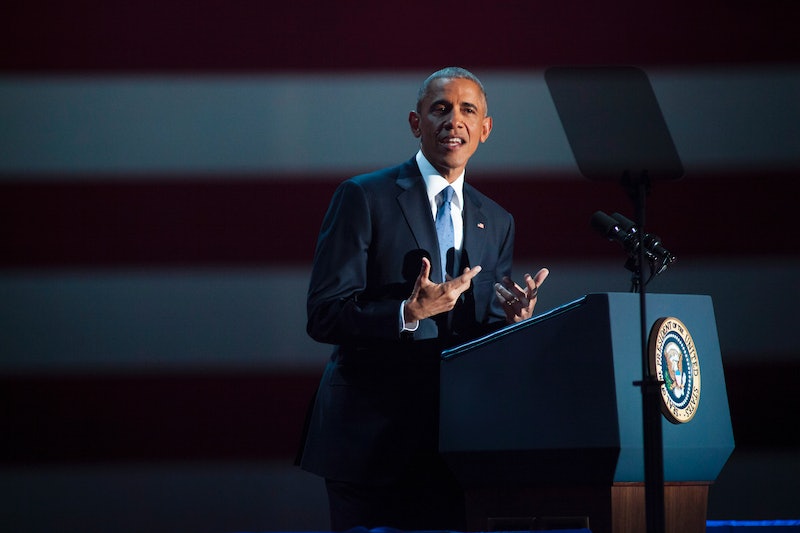 For years, Congressional Republicans have been licking their chops at the prospect of repealing the Affordable Care Act and stripping health coverage from 20 million Americans. But only now do they have the numbers in Washington to make this a reality, and the Senate has already started voting to roll back various elements of the health care law. If you're outraged at this and want make your voice be heard, here's how to call your Senator about Obamacare and tell them that you like the law just how it is.

Click this link right here, plug in your ZIP code, and you'll be presented with contact information for both of your U.S. Senators, as well as your representative in the House.

Though the GOP's opposition to the health care law is abundantly clear, the party's plans for replacing it is anything but. Republicans can repeal certain elements of the law with just 51 votes in the Senate, thanks to a process called budget reconciliation. But other parts of Obamacare, such as protections for Americans with pre-existing conditions, can only be repealed with a filibuster-proof majority of 60 votes.

Yet Republicans control 52 seats in the Senate — and they don't all agree about how much of the law they should repeal. This makes it impossible to game out exactly which parts of the law will remain. In all likelihood, the GOP won't be able to muster up the 60 votes needed to fully repeal the law, but even that isn't an absolute certainty if enough Senate Democrats, for whatever reason, were to join Republicans in that vote.

How Republicans will go about replacing the law, if they do indeed do so, is even less clear. Although the party generally maintains that it won't repeal Obamacare without passing a replacement, the GOP hasn't actually proposed any alternative legislation. Furthermore, there is disagreement within the Republican caucus about when exactly such a replacement needs to be passed.

Lastly, there's the lingering question of whether Donald Trump, once he's president, will approve the repeal bill that Republicans pass. It's not necessarily a given that he will. Unlike most congressional Republicans, Trump harbors no longstanding ideological opposition to socialized medicine. Furthermore, taking health insurance away from 20 million Americans is the exact kind of thing Trump spoke out against during the campaign, and he's even voiced support for some elements of Obamacare.

In other words, this is all very much up in the air, which means there's still time to apply pressure to Congress. If you'd like the Affordable Care Act to stay, call your representatives and let them know.