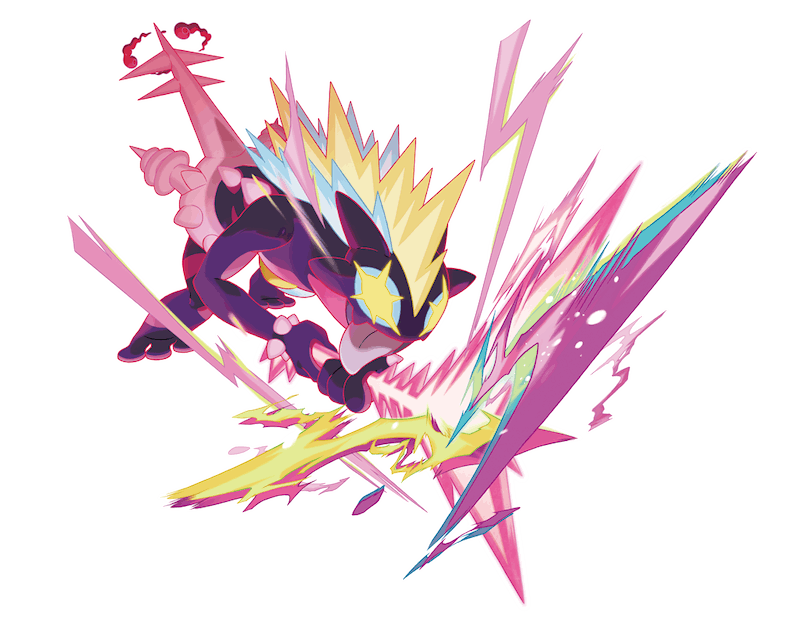 In celebration of its 24th anniversary later this month, Pokemon are rolling out a number of special events across the franchise. For Sword and Shield players, this means there’s a chance to encounter a brand new Gigantamax form through February and into March. Snorlax received this special treatment at the beginning of the year, but now it’s time for one of Galar’s signature Pokemon to shine. So here’s how to catch Gigantamax Toxtricity, and where to encounter it in the Wild Area.

The event started last Friday (Feb. 7), and runs through until 1 a.m. on March 9. To encounter Gigantamax Toxtricity, all you’ve got to do is select the Mystery Gift tab on the home screen and ‘Get the Wild Area News.’ After the game updates, you’ll be able to encounter Toxtricity along with other increased encounter rates at specific dens across the Wild Area, which you can find on this handy map.

On top of that, you’ll still be able to catch Gigantamax Milcery until Feb. 16, which will appear on the rare spawn table alongside Gigantamax Toxtricity, Kingler, Grimmsnarl, Orbeetle, and Hatterene. And if you find yourself at one of these dens and it’s not Toxtricity on the first encounter, here’s a pro tip. Go online, click invite friends, quit to the home screen, change your Switch’s date to the next day, go back to the game, exit the raid, reenter and it should be a different spawn.

You’ll know it’s worked if the there’s still a beam and you receive an another 2,000 W. This is because the game thinks you’ve left the raid open for over 24 hours, so it resets automatically.

Anyway, back to Gigantamax Toxtricity. Depending on your game, Toxtricity will be available in both its ‘Amped’ (Sword) and ‘Low Key’ (Shield). These forms change Toxtricity’s appearance, and you’ll receive either depending on the nature of its pre-evolution Toxel. For example, if you have a Toxel with an Adamant nature, it’ll evolve into the Amped form. Whereas if you have a Toxel with a Modest nature, it’ll evolve into the Low Key form.

The designs of these forms are combined in Toxtricity’s Gigantamax form, culminating in an explosion of yellow and blue electricity coming from the mon’s purple form. And as for its G-Move, once Gigantamaxed Toxtricity’s electric moves are replaced with G-Max Stun Shock. This move “not only deals damage but also poisons or paralyzes all opponents,” as the Pokemon site notes. These effects are random, so you’ll never know whether you’re going to paralyze or poison your opponent after the move.

This article was originally published on Feb. 6, 2020