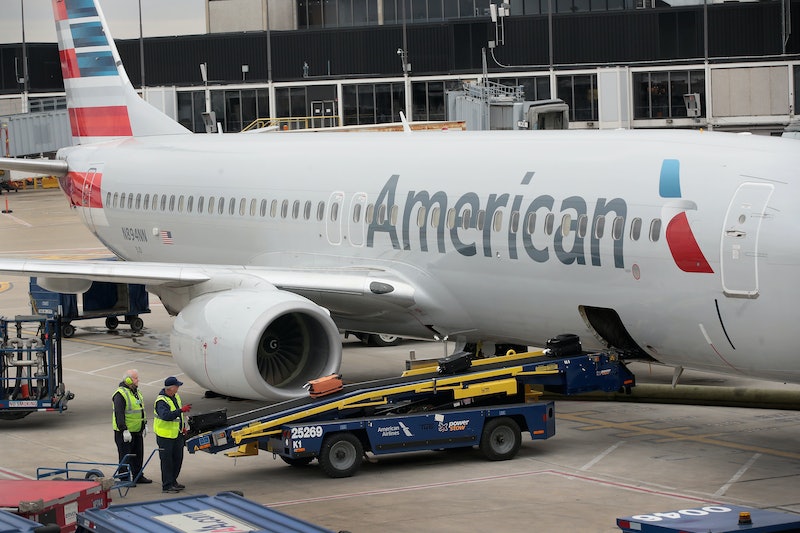 Uncertainties over when federal regulatory authorities will unground Boeing 737 Max aircrafts has led American Airlines to extend its cancelations of flights reliant on the jetliner. American Airlines will cancel approximately 90 flights a day between now and June 5, the airline announced Sunday. That's potentially frustrating news for anyone who planned a spring getaway via the airline. So, if you're flying American sometime soon, here's how you can check if your American Airlines flight is canceled.

"We know these cancellations and changes may affect some of our customers, and we are working to limit the impact to the smallest number of customers," the airline said in a statement notifying customers of the extended cancellations Sunday.

American Airlines said it had moved to extend its cancellations of flights using the Boeing 737 Max jetliner to early June in an effort to provide passengers with "more certainty" by avoiding last-minute flight disruptions. "By proactively canceling these flights, we are able to provide better service to our customers with availability and rebooking options," an update issued by the airline on Sunday read. Initially, the airline had only canceled flights up until April 24.

But according to American Airlines, not every flight initially scheduled to be conducted on a Boeing 737 Max will be canceled. "Our goal is to minimize the impact to the smallest number of customers," the airline said in a press release Sunday. "Not all flights that were previously scheduled on a MAX will be canceled, as we plan to substitute other aircraft types."

The airline has estimated that approximately 90 flights will be canceled per day in total. Customers who find their flight has been canceled will be able to either rebook with the airline or opt to request a full refund.

In March, Boeing's 737 Max jetliners were grounded in dozens of countries around the world, including the United States, following two deadly crashes within roughly six months of each other. All 157 people aboard Ethiopian Airlines Flight 302 were killed when the plane crashed March 10. In October, nearly five months prior, 189 people were killed when Lion Air Flight 610 crashed in Indonesia shortly after takeoff. Both flights were being conducted on Boeing's 737 Max 8 jetliners and, according to NBC News, investigators have said there appears to be a "clear similarity" between the two fatal crashes.

American Airlines has previously said its fleet included 24 Boeing 737 Max 8 aircraft, all of which have been grounded as a result of the Federal Aviation Administration's (FAA) March 13 order. It remains unclear when the federal agency will authorize the Boeing 737 Max aircraft to fly again.