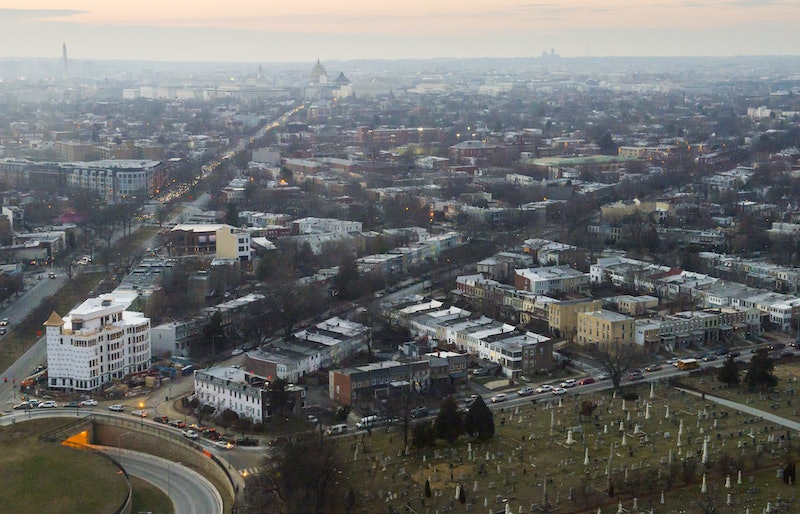 You've seen the inauguration of President Donald Trump. You've watched the White House become an environment that suddenly seems hostile to women and minorities. Now it's January 21, you're in Washington D.C., and it's time to fight back. Here's how to download the women's march map for D.C. so you know exactly how to where to protest Saturday.

If you're anything like me, you're probably a little worried about getting lost, considering that there are hundreds of thousands of protesters for the women's march alone, and there are other marches going on in D.C. Saturday in addition to it. Plus, D.C. is still recovering from the logistical nightmare of the inauguration and the fierce protests that left windows smashed and a trash can and limo on fire during and after President Trump's inauguration. How can you make sure you're where you need to be at all times?

Fortunately, the Women's March's official Twitter account shared the map Friday. "It's finally here! Check out our March Map and remember to print it out and save it to your phone," it wrote, attaching an easy-to-understand map to its tweet.

You can screenshot, download, or just keep an eye on the map below.

The March Map is also available to screenshot or download at the official website here. Given the size of the crowds expected to take over Washington D.C. on Saturday, you can't be certain that you'll have adequate cell phone coverage, so make sure you're able to reach the map if you're offline and that everyone you're marching with has a copy saved.