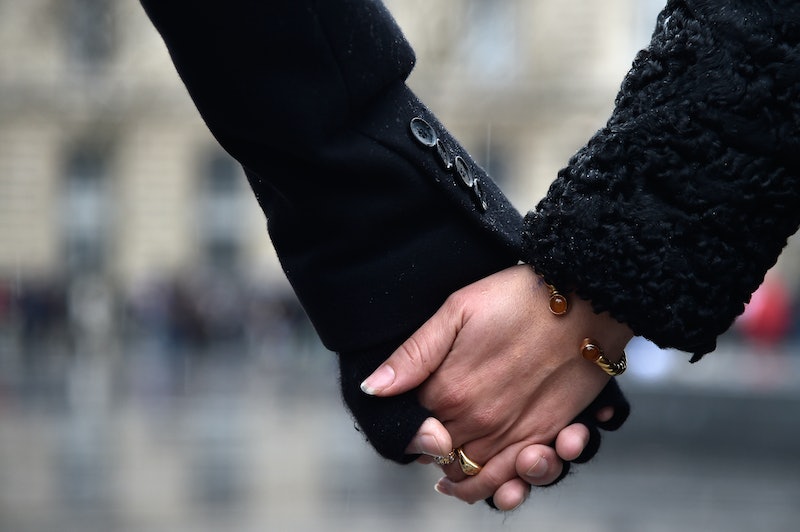 With a brand-new, rights-averse president on the brink of being sworn in, Republicans have been motivated to expedite the progress of their agenda, already taking steps to follow through on their first priority: dismantling Obamacare, the legislation that has, in even just the short time it's been on the books, protected millions of lives. But there's something you can do about it: here's how to find an Obamacare protest near you.

On Sunday, a slew of ACA repeal protests were held all over the country, in what Democrats called a "day of action". In an open congressional letter signed by New York Sen. Chuck Schumer, House Speaker Nancy Pelosi, and Vermont Sen. Bernie Sanders, they explained:

It’s important to bring the American people together to fight this radical proposal ... millions of Americans voted for Donald Trump after he promised not to cut Social Security, Medicare, and Medicaid. He must be held to those promises and should veto any legislation which cuts these vital and necessary health programs ... rallies will be held around the country to vigorously oppose the Republican plan to end Medicare as we know it and throw our health care system into chaos ... we need your help.

But if you missed the protests Sunday, the ones that Democrats are calling the "first stand," there's still time to get involved — and your next chance is just days away: I'm talking about the Women's March on Washington, which fights for the same ideals that brought about Obamacare. Here are where you can get the details on how to show up (it's expected to be one of the biggest protests in American history), but if you can't make it to D.C., you can find a "sister march" in your area at this link.

It's no wonder people have been so focused on fighting back — the U.S. is the only country in the developed world that doesn't have universal healthcare. Cancer patients have already gotten the ball moving, sending the Republican Congress messages, begging them to keep the Affordable Care Act (ACA).

Take one man, for example, who, in a recent town hall meeting with Rep. Speaker Paul Ryan, explained how he was once on Ryan's side:

I was a Republican and I worked on the Reagan and Bush campaigns. Just like you I was opposed to the Affordable Care Act. When it was passed, I told my wife we would close our business before I complied with this law. Then, at 49, I was given 6 weeks to live with a very curable type of cancer. We offered three times the cost of my treatments which was rejected; they required the insurance card. Thanks to the Affordable Care Act, I'm standing here today alive. Being both a small business person and someone with pre-existing conditions, I rely on the Affordable Care Act to be able to purchase my own insurance.

You can follow his lead: There are more ways to have your voice heard by your representative. Plug your zip code into this site and find which rep. to reach out to in your area. Here's a tweet to get you started and walk you through the phone call:

Another way to protest the ACA repeal is to sign a petition or start one yourself. The good news is, we live in a world of Facebook, Twitter, and local social justice organization sites that make organizing a lot easier than ever before.

Keep an eye out for local protests, but also be proactive and search websites as well. Organizations like The Equality Coalition, the National Action Network, and the Answer Coalition have been posting Facebook events on protests for Obamacare, women, equality, and more. Those are great starts to get involved in protests for Obamacare unless, of course, you want to start your own.