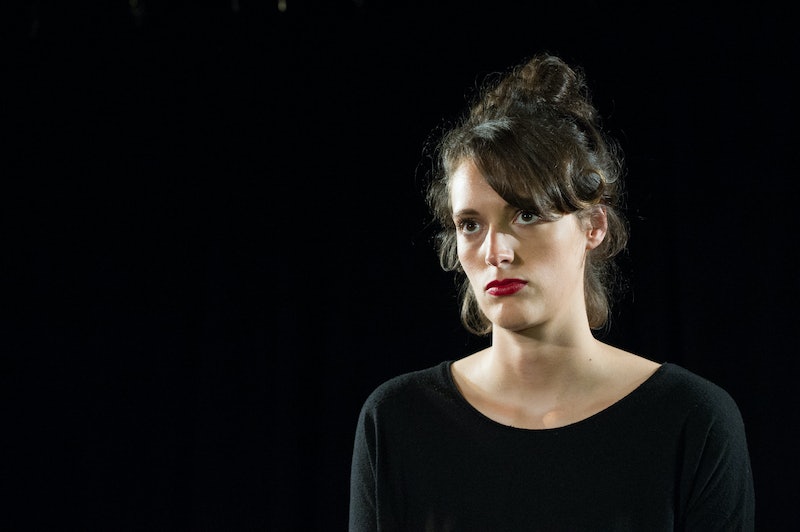 The BBC comedy-drama Fleabag recently wrapped up its second and final season. The series focused on a woman living in London who was trying her best to navigate through life after the death of her best friend. The BBC series was adapted from Phoebe-Waller-Bridge's stage show of the same name, which she debuted at the Edinburgh Fringe back in 2013. If you missed the original show, you're in luck, because it's coming back to the stage, and here's how to get tickets to Fleabag's London theatre show.

As reported by Time Out, Phoebe-Waller-Bridge, who created both the original stage show and the television adaptation, is bringing Fleabag to the West End this summer for a limited run at Wyndham’s Theatre. The run of shows are being advertised as Waller-Bridge's last ever performances of the show, and given that the TV series has also wrapped up for good, this really could be your last chance to get in on the Fleabag action.

As the Guardian reports, the actor and writer will perform 30 shows across four weeks during the summer of 2019. The stage show will begin at the Wyndham Theatre on Tuesday, August 20, and tickets went on sale today (May 2). You can nab yourself some tickets via the Soho Theatre or Delfont Mackintosh websites — both of which state that the final show will take place on Saturday, September 14.

A synopsis of the upcoming shows on the Soho Theatre website reads:

"Following a sold-out run in New York, Fleabag, Phoebe Waller-Bridge’s award-winning comedic play, directed by Vicky Jones, comes home to London for 30 performances only from 20 August. The play that inspired the hit television series, Fleabag is a rip-roaring look at some sort of woman living her sort of life. Fleabag may seem oversexed, emotionally unfiltered and self-obsessed, but that’s just the tip of the iceberg. With family and friendships under strain and a guinea pig café struggling to keep afloat, Fleabag suddenly finds herself with nothing to lose."

According to the Radio Times, the show's final TV episode,which aired on BBC Three back in April 2019, was widely praised. However actor Sian Clifford, who portrays the character of Claire in Fleabag, put any hopes of a third outing to bed, as Bustle has previously reported. Clifford described the series as being "complete" during an appearance on BBC Breakfast. She went on to say: "There will not be a third series. This is it. I think I’ve described it online as this beautiful, perfect ending and I think it is, but I think what it’s closer to is poetry. I think people will accept that this is the end when they see it, because I think it is complete. I think the story is complete."

The show's creator, Waller-Bridge, has also confirmed that Fleabag will not be returning for a third series. As reported by the Metro, the actor and writer said: "I have thought about it and there isn’t going to be one." Waller-Bridge is most likely very happy to have a gap in her very busy schedule, because, according to Sky News, the she is reportedly joining the writing team of the upcoming James Bond movie. Impressive.

You can catch up with Fleabag series one and two via BBC iPlayer.