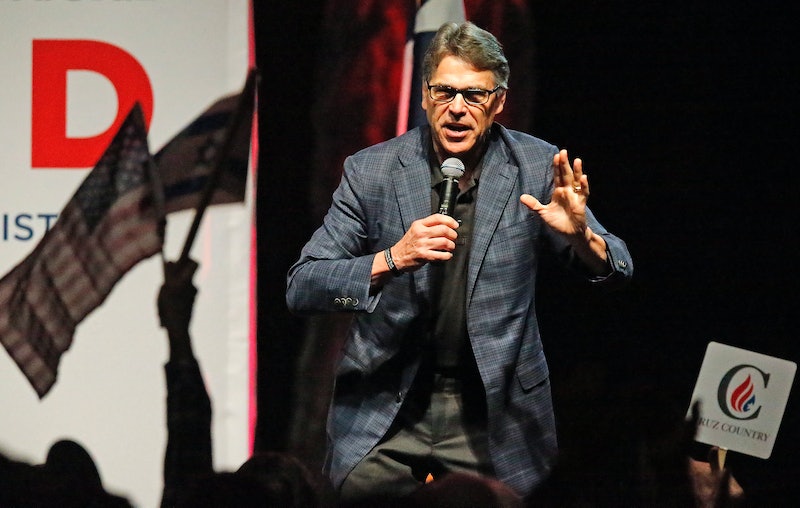 Heading the Department of Energy is no small matter and leaves little room for uncertainty. According to the New York Times, much of the department's work is focused on nuclear non-proliferation and keeping existing nuclear arsenals safe and secure. Indeed, two-thirds of the department's annual budget of $30 billion is dedicated to activities related to nuclear energy.

Prior to scoring the nomination, Perry had previously declared as a presidential candidate in 2011 that he wanted to eliminate the Department of Energy. Now, Trump has chosen him to lead the very same department, which understandably raises questions concerning Perry's qualifications. If you are concerned about Perry's nomination and wish to protest as a means of helping prevent his confirmation, there are several ways in which you can do so.

First and foremost, you can call and write Senate committee members. Perry's confirmation hearing is scheduled for Jan. 19 at 9:30 a.m. EST with the Senate Committee on Energy and Natural Resources.

A list of the committee's members is available on its website. I recommend calling them early and often beginning Thursday morning to voice your concerns about Perry. Focusing your efforts on the Republican members who are more likely to provide Perry with their support could be effective as well. You can also call the committee office directly to express your discontent.

In addition to directly contacting committee members, you can use social media, especially Twitter, to protest Perry's nomination and spread the word about how and why his qualifications are insufficient to become secretary of energy. The more people you make aware of Perry's nomination and his experience, the more likely it is that the American public will be increasingly vocal and, in turn, attract the attention of the U.S. Senate.

Finally, if Perry's nomination is approved by the Committee on Energy and Natural Resources (which will likely occur), then you can also protest by contacting your state's senator and encouraging him or her to vote against Perry during the full Senate vote to finalize the nomination process.

Overall, the best ways to protest Perry's nomination as secretary of energy consist of making your concerns visible and well known, both to the broader public and to the senators voting on his confirmation.