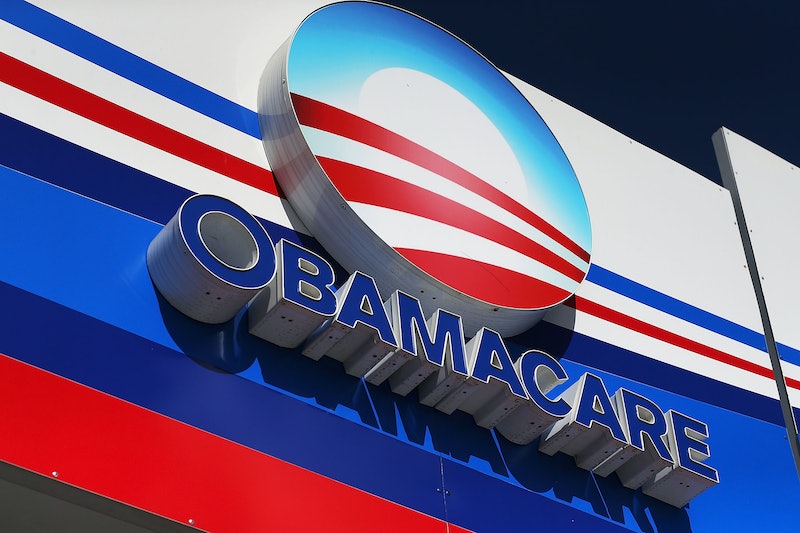 Only about a week ahead of President-elect Donald Trump's inauguration, in the early hours of Thursday morning, Senate Republicans held a midnight vote to repeal the Affordable Care Act. While this seemed somewhat inevitable, given Trump's repeated promise to repeal and replace Obamacare both during his campaign and after his electoral college victory, it still comes as a disappointment. With the vote from the House of Representatives looming, you might be wondering how you can protest the Obamacare repeal.

The most effective way to have your voice heard in our democracy is to reach out to your representative and tell them what you think. As we've heard from those who've been in the political ring, you're more likely to get the attention of a Congressperson by calling them. While social media is quick and easy, it's also easy for representatives with large numbers of constituents to ignore messages on Facebook and Twitter. Personal testimonials make for powerful arguments, and Congress needs to know how much the repeal could affect Americans.

So, if you're feeling helpless, and especially if you or someone you know is potentially about to lose their health care, here are some things you can do to prevent that.

The White House keeps a database of the House of Representatives, so it's easy to search your zip code to get the info on your rep. You can also call 202-224-3121 for the U.S. Capitol switchboard.

Once you call them, you're going to need something to say. You can speak from your heart, or if you're interested in reading from a script, that's OK, too. Just letting the representative hear you is what's important. The script above is a good way to start, and you can personalize it from there if you wish.

There's strength in numbers, so if you're not quite into calling your representative, you also have the option to have your voice heard by signing a petition to keep the Affordable Care Act.

OK, so maybe this one isn't exactly a directly effective way to save Obamacare. But it's still important for us to hear from those who will be affected by the repeal and for Americans who support the repeal to understand what it would actually do to many in our country. Sometimes knowledge makes a difference, and spreading the word about the negative side of the repeal could change a few minds.

There are protests happening on and around inauguration day. They may have different purposes, but one huge point of contention is the GOP's repeal of Obamacare. So, you could make a plan to attend a rally in D.C. or New York, or start your own, like these Pennsylvania residents did.

Any way you chose to act will hopefully help in chipping away at the GOP's resolve to strip health care from millions of Americans.