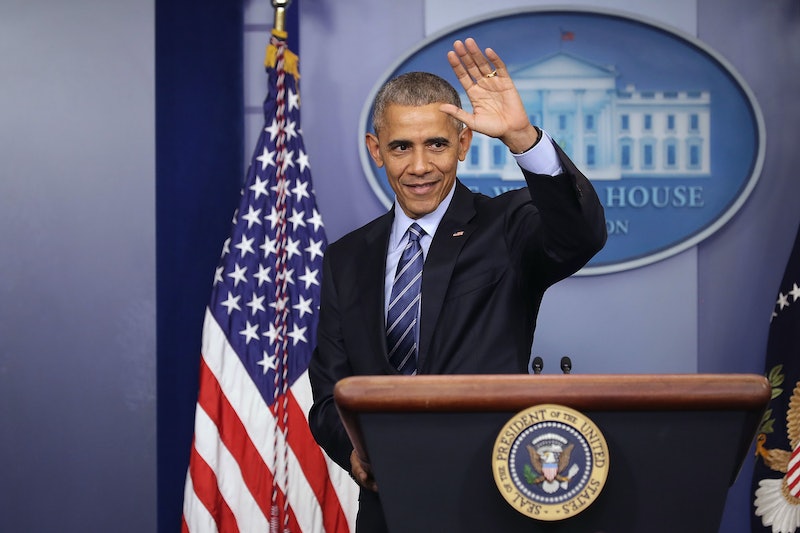 The moment we have all been dreading with the start of this new year has finally arrived. President Obama is making the final preparations to leave the White House. In doing so, he will keep up with the tradition of presidents past and deliver a farewell address to the American public, this time in Chicago on Tuesday, Jan. 10. Especially in light of what waits just beyond the president's transition, this will be one to watch. Here is how to stream President Obama's farewell address, no television necessary.

The president's address will be available through two primary streaming options: the White House's official Facebook page and its website. The streaming option on Facebook will likely follow the formula used for streaming the debates, in which users could watch the responses of their peers in real time below the player (a potential maddening experience, as per the rule of comments sections, depending on how many Trump supporters overtake the feed).

The White House is also encouraging viewers to follow along with the event on social media by using the hashtag #YesWeCan, a sentimental throwback to President Obama's rallying cry made famous in his 2008 presidential campaign.

President Obama confirmed on Monday that he was starting to craft the farewell address, saying in an email to supporters: "I'm just beginning to write my remarks. But I'm thinking about them as a chance to say thank you for this amazing journey, to celebrate the ways you've changed this country for the better these past eight years, and to offer some thoughts on where we all go from here."

His address is expected to reflect the same hopeful tone he has (painstakingly) maintained throughout Trump's transition to power, calling for unity in a highly divided nation.

Hopefully, President Obama's remarks will be met by a warm audience — his final weeks have been boosted by a seven-year high in approval ratings, and he will likely also use the address to defend his legacy, Obamacare, from trigger-happy Republicans looking to dismantle the healthcare law during Trump's first month in office.

But however you watch — be it through the White House's streaming, on television, or through disjointed clips on your commute home — one thing about the address will be certain: Americans will be treated to the final thoughts of a president that has carried this country with grace, humility, and strength. That will be something to remember in the days ahead.

More like this
Camilla Paid Tribute To The Queen In A Heartfelt Video Message
By El Hunt and Sam Ramsden
How To Follow The New Royal Family Social Media Accounts
By Sam Ramsden
Elton John, Sir David Attenborough & More Celebrities React To The Death Of Queen Elizabeth II
By Sam Ramsden and Jake Viswanath
Twitter Was Emotional & Proud After King Charles III’s First Public Address
By Grace Wehniainen
Get Even More From Bustle — Sign Up For The Newsletter