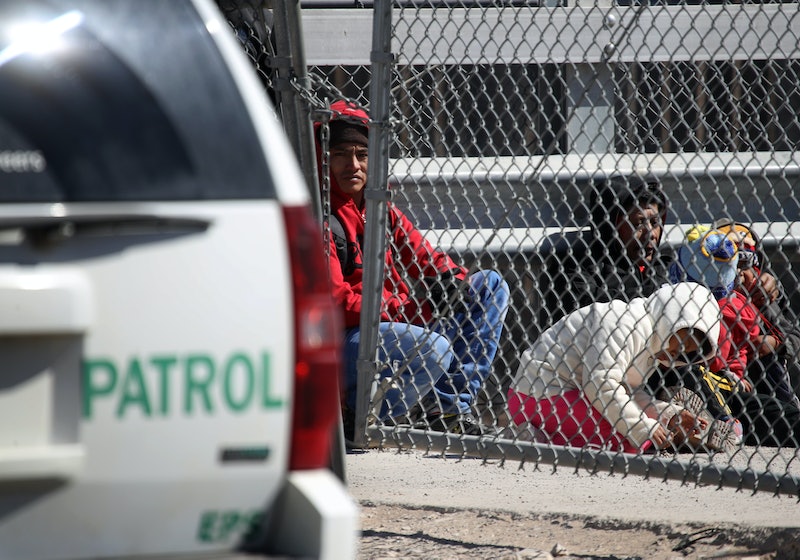 Once again, President Trump promised late Saturday to send immigrants to sanctuary cities. For the immigrants, that might not be bad news — the Associated Press reported it might make it easier for people to stay in the country — but it could be a strain on local organizations who are trying to help recent arrivals. Here's how you can support sanctuary cities that Trump is targeting.

These jurisdictions have laws that prevent local law enforcement from cooperating with Immigration and Customs Enforcement (ICE) in their attempts to find and deport people living in the country without a legal status. "We’re sending many of them to sanctuary cities," Trump said at a rally in Green Bay, Wisconsin. "Thank you very much. They're not too happy about it. I’m proud to tell you that was actually my sick idea."

Earlier in April, President Trump said he was thinking about the policy in a pair of tweets. There has been no official announcement by the Department of Homeland Security (DHS) or ICE, though. Bustle reached out to DHS and ICE for comment.

Trump said the move was coming as retaliation for Democrats. He said the sanctuary city plan was being considered "due to the fact that Democrats are unwilling to change our very dangerous immigration laws."

The move likely won't hurt Democrats, but it could be bad for immigrants if the cities see their resources stretched. With your support, the immigrants are far more likely to benefit from the move — as the AP reported.