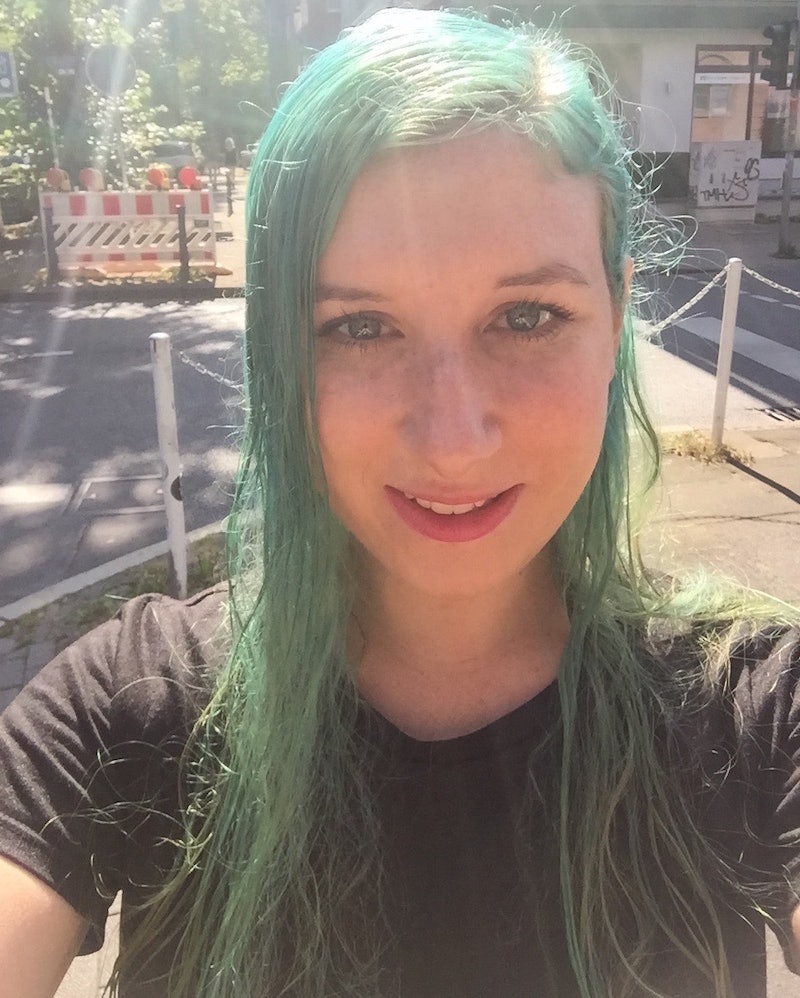 "What are you worried about?" This is a question I get often when I talk about my anxiety. The real answer is, "nothing and everything." Nothing because no particular event caused the anxiety. And everything because the anxiety attaches itself to every area of my life.

I've been an anxious person since I was little, though I choose not to label it as a disorder. For me, it feels more like a personality trait — one that can be incredibly motivating but also incredibly stressful. I'm pretty much always worried about something or another, whether it's that I'll miss a flight or that my boyfriend's mad at me. But because that worry's so general, it's not always about anything — and that's what people don't get. The worry comes first, and then I find things to worry about. Which is why it's so frustrating to open up about my anxiety and then be asked what caused it.

People seem to have this idea that if you understand there's nothing to worry about, you'll just stop worrying. But that's basically the definition of anxiety: You know there's nothing to worry about, but you can't stop worrying. And we should be able to talk about those worries nonetheless. When people say things like "you shouldn't be worried," it comes off like they're trying to silence us. A feeling doesn't have to have a basis in external events to be valid. Its basis could simply be in our brains, and in those cases, it's just as real.

Just because you can't see something doesn't mean it's not there, and that's equally true for anxiety.

We need to start thinking of mental health more like physical health. If someone's getting frequent headaches, you wouldn't tell them, "Nothing's on your head." Something's in their head, whatever it is, and given that, it's totally understandable why they'd be in pain. Just because you can't see something doesn't mean it's not there, and that's equally true for anxiety.

Of course, there's a difference between validating the fact that we have anxiety and validating our worries. It does not help to say, "I can see why you're freaked out about that" or "yikes!" That makes it sound like whatever situation we're dealing with is worth freaking out about, and it's usually not.

Instead of confirming our fears or telling us there's no reason we should be worried — because again, if there's cortisol running through our bodies, that in of itself is a reason enough — it helps to address the situation directly. If your significant other's afraid you're going to break up with them, tell them all the reasons why you won't. If your friend's afraid they've screwed up at work, walk them through the worst-case scenario and emphasize that it probably won't happen.

It's OK to be worried about these things, but once we think through each situation, we may realize we don't have to be. Or we may still be — and that's OK. Sometimes, empathizing with our feelings helps more than fixing them.

This advice could apply to anyone addressing a loved one's emotions: They shouldn't have to justify them in order to receive sympathy. Maybe someone's angry because they've gotten a terrible night's sleep. Maybe they're sad because it's getting dark out earlier. Or for no reason at all.

Anxieties are almost like the ghosts in The Sixth Sense: They only go away once you listen to them. If you try to ignore them and tell yourself they're not real, they'll clamor even more for your attention. Because the anxiety's there for a reason: to protect you from unpleasant outcomes, whether or not those outcomes are actually likely to happen. Even if I'm nowhere near going broke, for example, I can be grateful that my anxiety around money helps make sure that never happens.

The only way my anxieties will pass is if I acknowledge them, thank them for whatever they might provide me with — even if that's something very minor — and recognize where their usefulness stops. And the way to support me is to do the same thing.