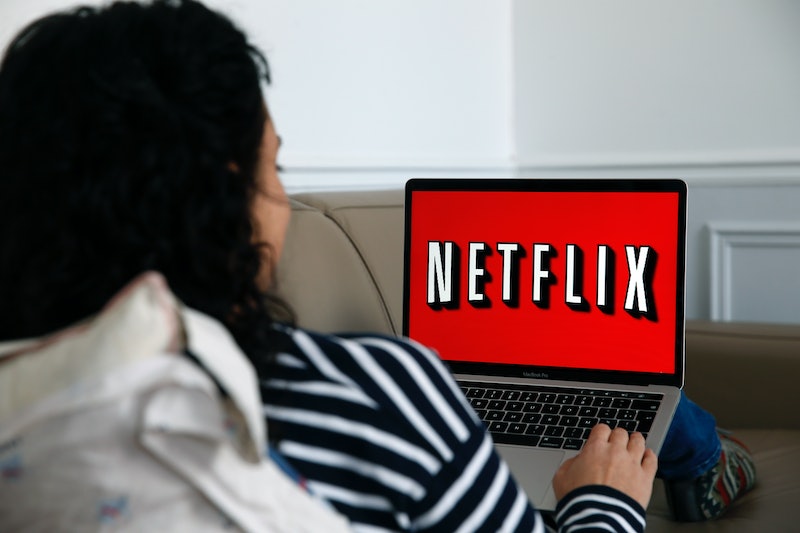 If you love Netflix but can't stand the jump scares of random movie and TV show trailers playing while you scroll, your nightmare's finally over. After taking users' feedback into account, Netflix will let you turn off its autoplay feature for previews. And don't worry, flipping the switch isn't nearly as hard as actually choosing something to watch.

On Thursday, Feb. 6, Netflix responded to a Twitter user offering up their kingdom in exchange for an answer to the eternal question of how to make autoplay previews stop. Well, Netflix actually responded, tweeting, "Some people find this feature helpful. Others not so much. We’ve heard the feedback loud and clear — members can now control whether or not they see autoplay previews on Netflix." The streamer ended the tweet with a link to a step-by-step guide on how to turn the feature off.

To stop trailers from playing automatically, the first thing users need to do is log in to their Netflix account from a web browser. Once you're logged in, select "manage profiles" from the drop down menu in the upper right-hand, and then select the profile you want to update (each profile has to turn the feature off manually, which is good news if some of the people on your account like the feature). From there, simply uncheck the option that says "autoplay previews while browsing on all devices." Now, you can browse Netflix's vast library in blissful silence.

Once you've stopped those annoying previews from playing, you can take further control of your Netflix viewing experience by turning autoplay for episodes off, too. While the streamer rolled out the option to stop the next episode of a series from automatically playing way back in 2014, per Variety, it seems that some users only just discovered that was possible. If you don't want Netflix to immediately launch into the next episode of The Witcher, then follow the same steps as outlined above and then uncheck "autoplay next episode in a series on all devices."

Netflix's abundance of viewing options may overwhelm some fans, but having options behind the scenes can only improve the streaming experience for everyone. Especially if those options include allowing you to navigate the home screen without feeling like you're playing the world's noisiest game of Minesweeper.

More like this
What’s New On Netflix: Ana De Armas’ 'Blonde' & A Nick Kroll Special
By Arya Roshanian
What’s New On Netflix: Meet 'The Real Bling Ring'
By Arya Roshanian
The First Clip From Netflix’s Queen Charlotte ‘Bridgerton’ Prequel
By Bustle Editors
Mike Flanagan Teases 'The Midnight Club' In This Exclusive, Creepy Clip
By Grace Wehniainen
Get Even More From Bustle — Sign Up For The Newsletter