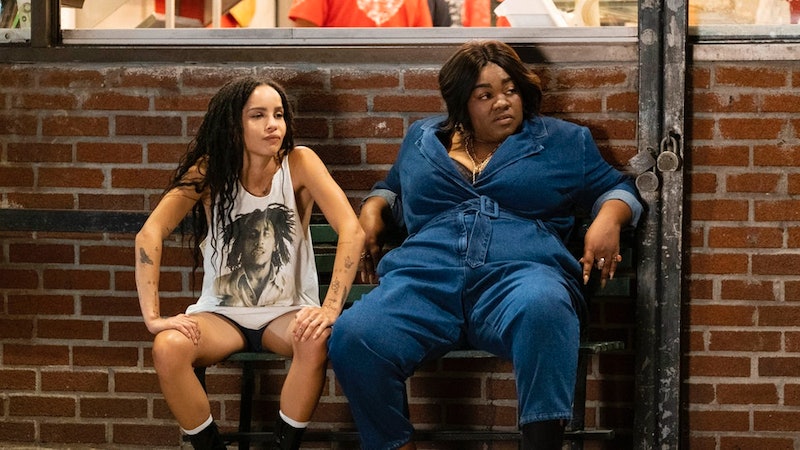 Instead of documenting your thoughts and feelings on paper, compiling playlists has become the optimum way of broadcasting your emotions through the power of music. And if there’s one piece of media that fully encompasses the power of playlists, it’s High Fidelity. Written by Nick Hornby, the 1995 novel has been adapted to both stage and screen. Most recently, Hulu produced their rendition of the story starring Zoe Kravitz. So here’s how to watch High Fidelity in the UK, because this adaptation totally flips the script.

As has been the case with previous Hulu shows, it’s currently uncertain how British viewers will be able to watch High Fidelity. According to the Guardian, the series is due to launch “in the UK at a later date”, but there doesn’t seem to be any word on what platform. For more clarification, I reached out to a Hulu rep for info on a date and possible channel/streaming platform that High Fidelity could be available on, but have yet to hear back.

In the meantime, if you’ve never come across the story before, now's your chance to brush up some High Fidelity lore. The book is an obvious place to start, but if you’re not a big reader the film adaptation is still a great introduction to Hornby’s story. The Hulu series seems to follow the same beats as the original story (albeit catered to the present day), but one aspect it completely flips is the gender of the protagonist.

Despite retaining the same name, Rob Gordon is now a music-obsessed woman played by Kravitz. Her love interests have also changed, including a more diverse pool of characters. “I thought it was really cool, especially when I found out how the woman was going to be,” Hornby told The Post at a screening (via Page Six). “I never thought it was about guys particularly. I thought it was about music and relationships.”

It’s also worth noting that Kravitz has pretty strong links to the film adaptation, as her mum Lisa Bonet played Marie DeSalle, one of Rob’s love interests. Despite the connection, Kravitz didn’t ask her mum for advice. “No, I didn’t talk about it so much. She loved making the movie,” she said during a press junket (via Popsugar). “She loves the movie. I’m a huge fan of the movie as well. And I think we both thought it was just a cool thing that was happening. We didn’t talk about it.”

Instead, Kravitz spoke to Hornby a lot to develop her character. “[H]e was a producer on the show and me and him would exchange playlists and talk constantly,” the actor said. “We just became very close over the process. To me, obviously, he’s… We wouldn’t be here without him. So having his blessing and his input was really important to me.”