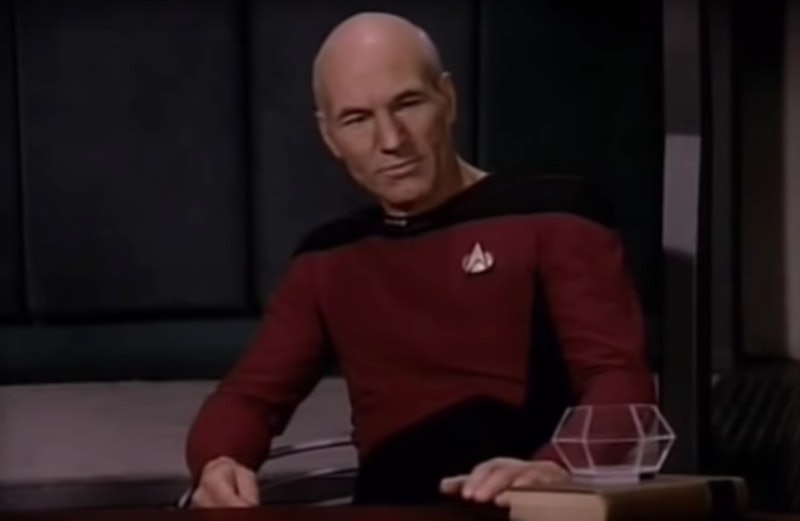 2019 is undoubtedly the year for Star Trek fans. Not only is the second season of Star Trek: Discovery available to stream on Netflix along with the original series, but a spin-off focusing on the beloved Jean-Luc Picard is also in the works. While the series has only begun production, there's no doubt that British fans will be wondering how to watch Star Trek: Picard in the UK.

Well, it was announced on Monday (May 13) that Amazon Prime Video has become the official home of the latest series. Prime will also be the "exclusive streaming home" for the Star Trek: Picard "in more than 200 countries and territories." This comes after a multi-year agreement was made between Amazon and CBS Studios International, which will see each episode of series "be made available on Amazon Prime Video within 24 hours of its U.S. premiere." The series will only be available on CBS All Access for viewers in the States, much like the recent reboot of The Twilight Zone.

At first glance, it seemed a little strange that Amazon had taken Star Trek: Picard under its wing since the majority of Star Trek content (including Discovery) is on Netflix. But as the official site notes, CBS All Access is available on Amazon Prime and Fire TV in the States so there's a partnership between the two companies there already. So while you may have to invest in a Prime membership (if you haven't already) just to see this series, it seems that it was pretty inevitable for Amazon to stream it as opposed to Netflix.

Anyway, forget about all that for now and prepare to get excited to see Sir Patrick Stewart back as the iconic Jean-Luc Picard. As series executive producer Alex Kurtzman aptly points out, there's only one word to describe Stewart, "and that's legendary".

"We are thrilled beyond measure to have him back in command, bringing the optimistic messages of Star Trek to audiences around the world."

While not much as been revealed of the series other than its title and cast, director Jonathan Frakes spoke with fansite TrekMovie.com in April about how long the Star Trek: Picard will be, and what fans can expect. "It is a ten-episode movie, as Patrick put it one time. I think it has to do with amortisation. It's a very ambitious approach to television, in the first season," he said.

"I think the fans are going to be thrilled and excited and surprised. I have had the privilege of reading the first couple of episodes and I have spent some time with Patrick who is engaged. It's wonderful. It's smart. I'm excited about it."

Frakes also mentioned that filming was about to start when talking about fellow director Hanelle Culpepper (who will be directing the first two episodes), so don't expect the series to be available to stream for a while yet. The Wrap has reported that the show will arrive towards the end of 2019.

At least fans have the option to rewatch the original series and The Next Generation or the new season of Discovery in the meantime.