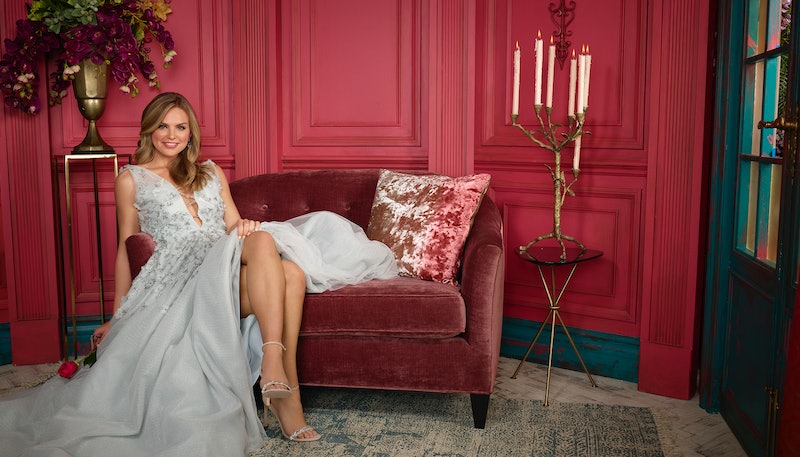 The Bachelorette is currently showing on American channel ABC, and the bad news is (straight off the bat) we do not have this channel in the UK. At least, not legally. Currently, ITVBe has old episodes from previous seasons of The Bachelorette available online, and has aired it in the past. For this reason, it could be a safe bet when considering which channels will be showing it in future.

Channel 5 has also shown The Bachelor before, so I'm thinking that could also be a possibility. But unfortunately, right now, we just don't have a definitive answer. I have reached out to reps from all relevant parties (ABC, Channel 5, and ITV) but am yet to hear back as of yet. Check back for updates later.

In the meantime, let's make sure that by the time we do have access to the show, we are total experts in what's going on, and who's involved.

First up: the bachelorette herself. This year, producers have chosen Hannah Brown, a previous contestant on The Bachelor, from Colton Underwood's season. After ultimately being unlucky in love so far, as People reports, Brown commented told host Chris Harrison that she was excited about her involvement: “I feel all the emotions. But honestly, I’m just really grateful for this opportunity.”

“My family has been really supportive of me and is really happy. They have made me who I am and so they trust me and love me and ultimately want me to have love, too.”

She continued: “It didn’t happen for me with my first time around, but I do believe that it can happen. I’m just really so grateful and honoured that people saw my heart and that I get to continue showing that and that somebody will hopefully share their heart with me.”

The season has already kicked off in the U.S., where episode one aired this week. And as ever, it was drama-filled.

In fact, as the Daily Mail reports, Brown was forced to kick one of the contestants out of the house before the first rose ceremony even took place. Scott Anderson, 28, was told to leave by Brown, as it was revealed he had been dating another girl right up until he started on the show. To make things worse, apparently Anderson had even told the woman he was dating that after the show was over, they would be together again. Ouch.

Addressing Anderson, Brown said: "You have another girl at home that you still have on the line, and that is s***. And so, you know what? I'm done with this. There's no reason for you to be here, if you're not serious."

More like this
UK Viewers Will Have To Wait To Watch The Handmaid’s Tale S5
By Maxine Harrison
What Exactly Is The Bish & Chips Show?
By Frances Stewart
How To Get Tickets To 'Strictly Come Dancing's Live Tour
By Sophie McEvoy
15 Piping Hot Behind-The-Scenes Secrets From 'Great British Bake Off'
By Emily Dixon and Darshita Goyal
Get The Very Best Of Bustle/UK