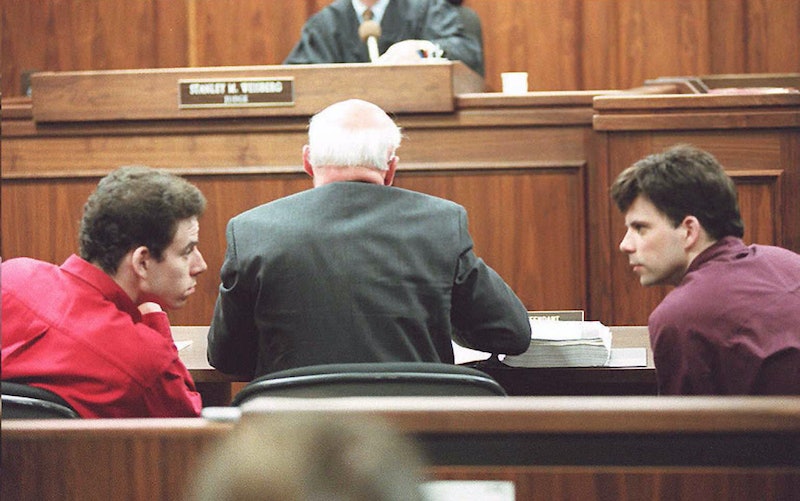 Thursday night was not just any night on television. On Jan. 5, ABC gave viewers the chance to watch the new Menendez brothers documentary, Truth and Lies: The Menendez Brothers – American Sons, American Murders. In the documentary, Lyle speaks from jail about what was once a crime of the century — when he and his brother, Erik, brutally killed their parents in 1989.

Although Truth and Lies has already aired on live television, that doesn't mean you've missed your chance to watch it. If you have a TV provider, you can go to the ABC website, sign in with your TV provider, and watch from there. They have providers from across the country listed, so even if you've never used their website before, there's a pretty solid chance that you'll be able to now.

If you don't have a TV provider, then you'll either have to bother a friend about it or wait until ABC potentially releases it to another streaming service — which could certainly happen sometime in the future. You might have been too young to witness the case yourself when it happened— the first trial was in 1993, and the brothers were convicted of first-degree murder and sentenced to life in prison in 1996 — so now's your chance to catch up on it.

Before the other cases that you may have heard of, like O.J. Simpson and JonBenet Ramsey, Lyle and Erik captivated the nation. Their family seemed perfect from the outside, a model of the American dream. Their father, Jose, was a Cuban immigrant who had become quite wealthy and successful in Hollywood, and their mother was a socialite. The murders were initially blamed on the mob — something that the Menendez brothers had initially claimed. However, the truth came out eventually, and in court Lyle and Erik admitted to having shot their parents.

If you don't want to wait to watch it, you can always find juicy spoilers from the Menendez brothers documentary — which I won't go into here. Suffice it to say, though, you have to watch this. It's a perfect example of true crime, in which every aspect of the crime and the characters is so much deeper than it seems at first glance. Although other cases may have taken the Menendez's thunder over the past couple of decades, this TV special has thrown them right back into the spotlight.