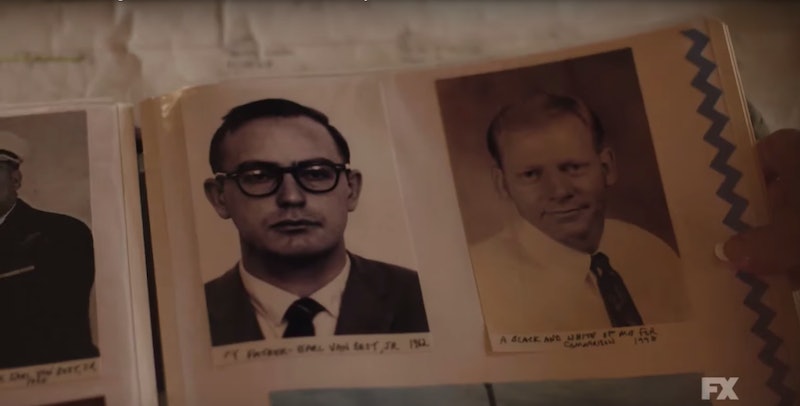 In the late '60s and early '70s, the residents of Northern California were targeted by the notorious Zodiac Killer. Based on Gary L. Stewart's best-selling book of the same name, The Most Dangerous Animal of All follows the true story of a man, who whilst tracking down an absent parent, begins to suspect his father could be the man responsible for the zodiac murders. A stateside airdate for the true-crime series has already been announced, and if you're hoping to catch a glimpse of this gripping four-part series. here's how to watch The Most Dangerous Animal of All in the UK.

As Variety reports, the upcoming documentary will premiere on Friday, March 6 at 8 p.m. on FX over in the U.S. However, any news surrounding a UK airdate is yet to be announced. So, for a little more information regarding the show's debut on this side of the pond, I have reached out to the network for comment, and will update with any news once it becomes available.

Although we're still waiting on that UK release date, true crime followers have a lot to look forward to, because FX's latest docuseries centres around one of the most mysterious and elusive serial killers of all time.

The Most Dangerous Animal of All documents the real-life story of Gary L. Stewart, and is adapted from his New York Times best-selling 2014 book. As Rolling Stone reports, the true crime tale begins during Stewart's search for a long-lost parent, and takes an in-depth look at the discoveries which led him to believe that his own father could be the unidentified Zodiac Killer.

The murders at the centre of the FX doc took place in the northern region of California during the late '60s through to the early '70s. In addition to the killer's heinous crimes, the murderer became well-known for their use of Zodiac symbols and references — and although linked to at least five deaths, the Zodiac Killer claims to have murdered a total of 37 people.

As well as Stewart's quest to reconnect with his father, The Most Dangerous Animal of All's recently unveiled trailer also teases a stream of compelling evidence, including photographs, some creepy coincidences, and much more — all of which could finally reveal the true identity of The Zodiac Killer.

More like this
'The Ex-Wife’s First Look Pics Are Giving 'Gone Girl' Vibes
By Bustle UK
After The Bling Ring, Nick Prugo Was Embroiled In Another Scandal
By Arya Roshanian
What Reporting On The UK’s Most Prolific Cyber Stalker Taught Me
By Sirin Kale
UK Viewers Will Have To Wait To Watch The Handmaid’s Tale S5
By Maxine Harrison
Get The Very Best Of Bustle/UK