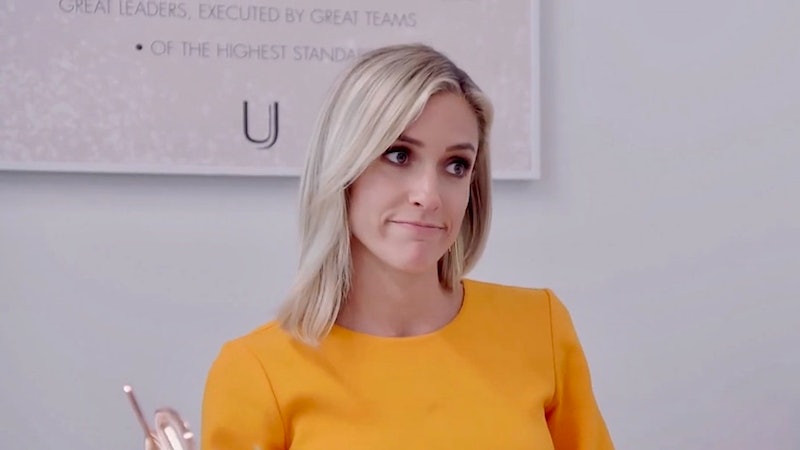 Following a lengthy reality TV hiatus after featuring on MTV's The Hills, Kristin Cavallari burst back into our lives with a brand new series that focuses on, well, all things Cavallari. The show follows the former Laguna Beach star as she navigates life in Nashville, Tennessee, with her husband, former American footballer Jay Cutler. However, with the show's third season now wrapping up over in the states, fans on this side of the pond might be wondering how they can get in on the action. So, here's how to watch Very Cavallari in the UK.

Good news reality TV fans, because there are several ways to watch Very Cavallari in the UK — all of which ensure you'll be right up to date with the show's latest run. Sky TV subscribers can look forward to brand new weekly episodes of the current third season on Sundays, at 10 p.m. on E! (Sky channel 123). If you're hoping to catch up with the new series, all previously-aired episodes are also available to download via Sky On Demand.

Alternatively, you can find every episode of Very Cavallari on the reality TV streaming service Hayu, which Amazon Prime Video users can also enjoy with a built-in Hayu subscription. The monthly fee for this particular service will set you back £3.99 after the 30-day free trial, or if you'd prefer, you can purchase each episode or full season individually for £2.49 and £9.99, respectively.

After appearing in several reality hits, including Laguna Beach: The Real Orange County, The Hills, and, of course, Very Cavallari, it might surprise some fans to learn that the U.S. TV personality isn't always so eager to welcome the cameras into her life. Speaking to FOX News, Cavallari explained that people aren't aware of "how time-consuming a reality show is," and revealed there are moments when she'd prefer no cameras were rolling at all.

However, the reality star also explained her motivations behind taking part in the E! series. "I'm doing the show to fuel the business, so it's easy for me to keep my eyes on the prize," Cavallari told FOX News, before noting that filming can also be "overwhelming at times."

Thankfully for us, the cameras were there to capture all the recent drama-filled escapades of Kristin's daily life, and you can watch Very Cavallari on Sundays, at 10 p.m. on E! — or stream new episodes on Hayu and Amazon Prime Video.