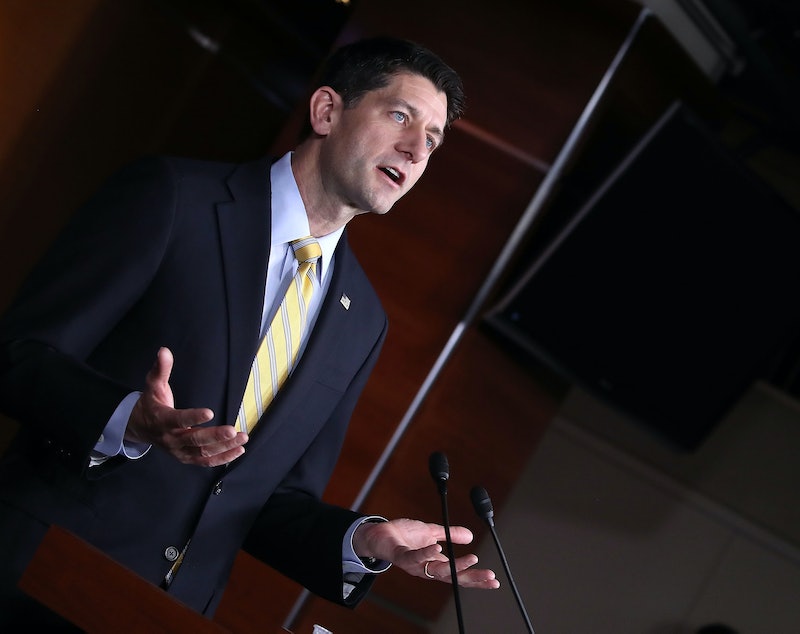 Republicans are chomping at the bit to repeal the Affordable Care Act and, in doing so, take away health insurance from over 20 million Americans. One of the lesser-known upshots of Obamacare has been to drastically expand mental health services around the country, but this is now in jeopardy under the Republican plan. So, how will the potential Obamacare repeal affect mental health coverage?

Severely. It's impossible to draw any conclusions for certain, because a lot of this will depend on how insurance companies respond to an Obamacare-less world and, just as importantly, whether Republicans replace the law with something else. Unfortunately, it's very likely that repealing Obamacare will have a catastrophic effect on mental health coverage throughout the country. Many, many millions of people who have mental health coverage now could lose it.

The Affordable Care Act expanded mental health services in a lot of ways, but here are the three main ones:

And the data shows that this has made a serious difference for Americans who struggle with mental illness: According to the CDC, the uninsured rate for those with "serious psychological distress" plummeted from 28.1 to 19.5 percent between 2012, when the law's major provisions took effect, and 2015.

But if Republicans repeal Obamacare, many of these benefits could evaporate. It's difficult to say precisely how each insurance company will respond, but Politico projects that if the law is fully repealed, 60 million Americans with mental illness and substance abuse disorders will see a major reduction in the services they're able to obtain.

The GOP could, of course, pass an Obamacare replacement that fills these gaps and ensures quality coverage for the millions of Americans with mental illness. But there's no sign that it will: House Speaker Paul Ryan's 37-page health care proposal doesn't even mention the phrase "mental illness" once.

Obamacare repeal isn't a sure thing yet, so it's quite possible none of this will come to pass. But if the GOP truly does pull the trigger on obliterating the Affordable Care Act, it will likely be an unmitigated disaster for mental health coverage.

More like this
19 Latinx Therapists & Mental Health Experts To Follow On Instagram
By Kaitlyn Wylde, Naydeline Mejia and Lexi Inks
These 4 Zodiac Signs Are In The Clear During September’s New Moon
By Brittany Beringer
Here’s Everything You Need To Know About Operation London Bridge
By Bustle UK
How To Watch The Queen's Funeral
By Bustle UK
Get Even More From Bustle — Sign Up For The Newsletter