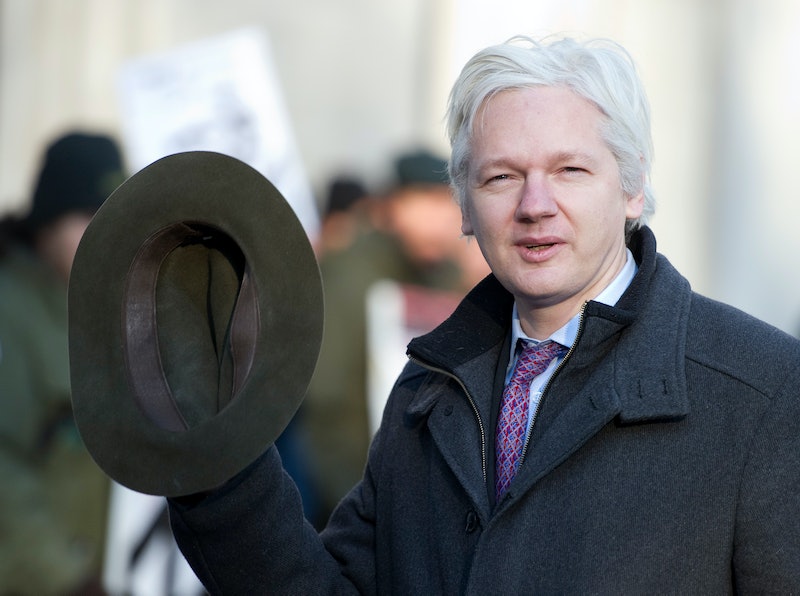 In a series of tweets on Friday evening, the account WikiLeaks Task Force, which is affiliated with WikiLeaks, weighed the idea of creating an online database of verified Twitter accounts that would, according to the original tweet, collect "family/job/financial/housing relationships" of anyone who has a blue checkmark next to their Twitter handle. That specific group includes me and a lot of other journalists, politicians, and activists, and let me be very clear to WikiLeaks: I don't deserve the be doxed, and neither does anyone else.

The initial tweet, which has since been deleted, drew swift criticism. Even as WikiLeaks attempted to clarify that the information would be used to "develop a metric to understand influence networks based on proximity graphs" — whatever that actually means — critics were quick to point out that the database could be used to intimidate or harass the people in it. Notable detractors include Timothy Berners-Lee, the inventor of the World Wide Web, and even the hacktivist group Anonymous.

WikiLeaks' word salad explanation did little to quell the outrage of Twitter users, who continued to speculate about the potentially malicious intentions of the disclosure company. A couple of hours later, WikiLeaks Task Force sent off yet another tweet condemning the backlash that it had created with its proposed database.

"Dishonest press." Does that sound familiar?

It seems that Twitter was pretty vocal about the fact that they weren't buying the idea that this database is as innocent as WikiLeaks makes it sound (or at least amended it to make it sound). And I don't either. There is a real fear, sparked by the rise of fake news and the idea that the media has presented the president-elect in a false light, that the media will now be targeted for some sort of retribution.

So it's discomforting, to say the least, that WikiLeaks, which, like the president-elect, has lodged complaints that the media is being dishonest, is suddenly compiling a list of names and information about them. It's unclear why, exactly, financials and family information would be necessary to make an influence map or what that influence map would actually do.

The media is supposed to serve as a government watchdog, so it's totally fine for people to float legitimate concerns about media bias or misinformation. But, in my opinion, an organization that has often released sensitive details about government figures, has no legitimate reason to keep tabs on journalists and members of the media.

Hopefully WikiLeaks will follow through on its promise that it will not publicly release information about journalists, activists, or anyone at all. Ultimately, many of these people are private figures who are just trying to do their jobs. But it's worth reminding the people who are collecting this information that they have no right to dox people like me, or anyone else.