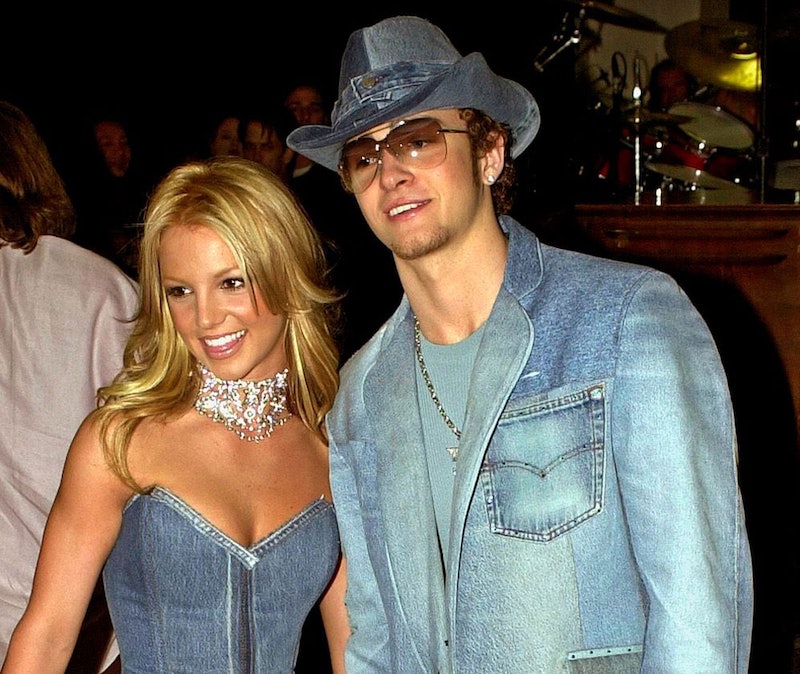 Ever looked back at a picture of yourself as a teenager and wondered, 'What on Earth was I wearing?' I know I have. But the '00s were a strange time, weren't they? If you're anything like me, your early Facebook pics are probably filled with outfits that you now have some serious questions about. However, today, I strongly believe that there's no such thing as a fashion mistake of the '00s, or any era for that matter. In fact, I don't think fashion mistakes exist at all, and I'll tell you why.

Taking a fashion risk knowing perhaps that it might not go down well with everyone you encounter is, I think, the most important and vital part of being fashionable. In my teens that was sometimes my Miss Sixty jeans with a veeeeery low waistband. Every time I take a dalliance down the danger filled alley that is memory lane, I look back screaming "why?!" into the universe.

I remember 16 years ago when I was 13, spending a weekend away with my older brother Frank who had moved away to London. He had bought a pair of yellow Converse sneakers, which were just about the most dope things I had ever seen. Nobody I knew at home had them. So, I went on ahead and begged and begged and was lucky enough to get a pair. Yellow converse, super norm-core and not that edgy right?

Well in suburban Dublin circa 2002, that was not the case. I carefully laced them up, keen as mustard, in the style I had seen Frank choose. They were the jewel in the crown of what was (probably) an otherwise horrific outfit. I left my house, strutting my stuff and was high on life when a car full of grown men pulled over and shouted "state of your shoes", which is Dublinese for "your shoes suck."

So I went home, my step sadly with less of a spring, carefully unlaced the yellow shoes, and put them back in their box, along with my confidence to wear what I actually wanted to. You see, the fact is, all that really matters is that you perceive your look to be good. Eff the haters. They are wrong. These morons thought my shoes sucked, even though they were clearly super lit.

Did those shoes ever come out of their box again? Of course they did. I wore them until the yellow had been washed out by rainy Dublin streets and the soles had both worn down on one side the way they always do. Of course, this was not the riskiest fashion risk I ever took. There were countless others that have since made me wince. But the important thing is that I took those damn risks and I continue to do so today.

Combining all sorts of bright hues with the occasional lick of lippy and my signature sliver chains is something that is my daily routine, today. A love for brightly coloured clothes, prints, and in your face looks was definitely born from a combination of a creaky old wardrobe laden with garish '90s Benetton. Thanks to the decisions (not mistakes) I made back then, I have muddled together some sort of a reasonably OK look that gets me by, that sometimes even gets some nice compliments.

But when I look back at the girl in the photos, desperate to fit in and look like everyone else but standing out like a sore thumb, I can't help but think, any previous fashion "mistakes" were super important. Those decisions that I made, that you made, that everyone you know made, are so flipping important.

Eff the rules that say you can wear this or you can't wear that. They are just plain wrong. The key to looking good is feeling good and if you feel good in those questionable garmz that others might think too risky, then honey, you look a million bucks.