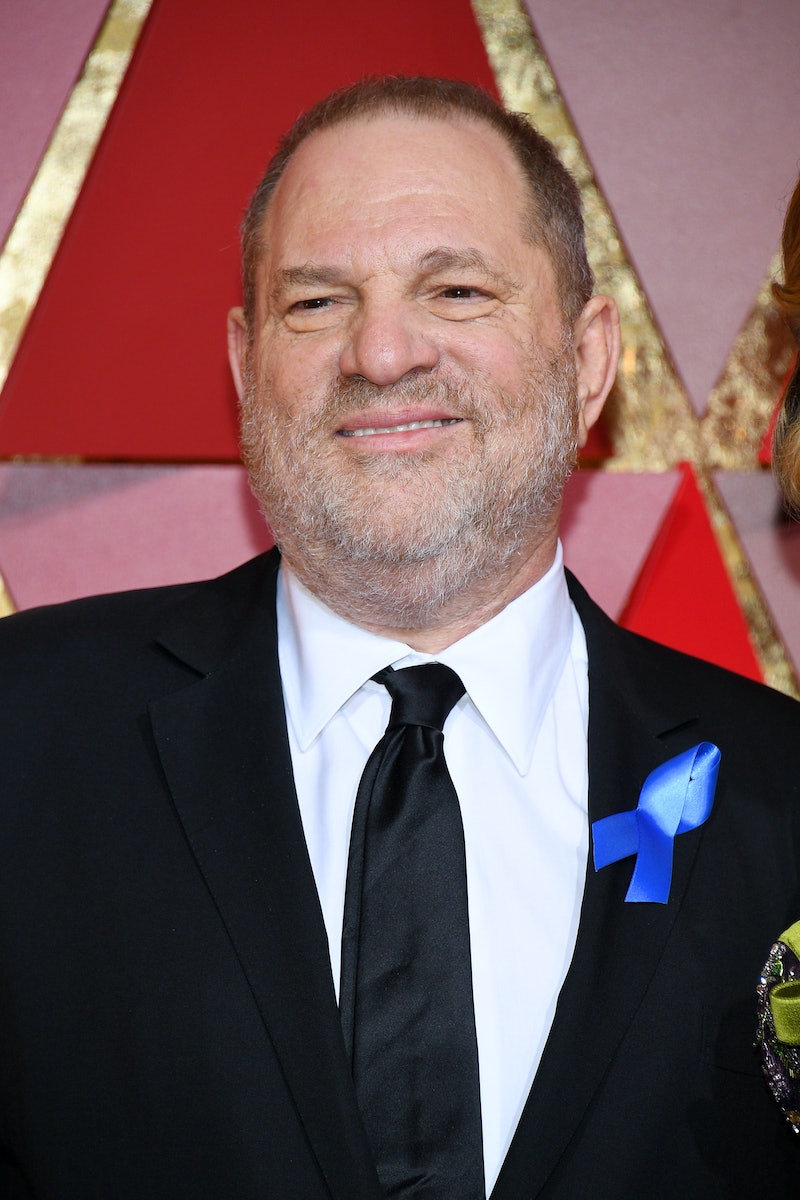 Ever since sexual assault allegations against Harvey Weinstein came to light last week in a story published by the New York Times, updates and even more new accusations have been surfacing consistently. So many women are claiming they were affected by Weinstein's alleged behavior at some point in their careers, and are sharing their stories with the world. But, if you're wondering why Weinstein's accusers took so long to come forward, you're asking the wrong question and missing why this story matters completely.

Considering how far back these allegations against Weinstein go, some of these women are talking about incidents that took place 20 years ago. But that's not the point — the point is that, no matter when the alleged harassment happened, Weinstein is the one in the wrong, not his victims, and especially not because they waited to tell their stories, since that period of time is just proof of how difficult it is to stand up to someone in a position of power.

The initial accusations came out on Thursday, Oct. 5, when the New York Times published an exposé claiming that Weinstein had harassed women who worked for him or with him for almost three decades, reportedly reaching settlements with some of them. Among the several women mentioned in the original Times article were actors Ashley Judd and Rose McGowan, and since then other famous actors have chosen to speak out with their own claims about how the famed producer allegedly propositioned them early in their careers, including Gwyneth Paltrow and Angelina Jolie. On Tuesday, the New Yorker also published a story with even more allegations against Weinstein, including claims from three women that he allegedly raped them.

After the first round of allegations were published, Weinstein issued an apology to NYT, mentioning that his "interactions" with his colleagues have changed since he realized there was a problem with his behavior, but not denying or confirming any of the allegations. Later, a statement from his lawyer to Page Six did claim allegations in the NYT story were false and announced his plans to sue the publication for $50 million. And along with the release of the New Yorker article came a statement from his spokesperson:

Clearly, the situation is coming to a head now, but asking why these women didn't come forward or waited so long to come forward is a loaded question for anyone who's suffered from abuse or assault. According to the National Sexual Violence Resource Center, victims often don't report for fear of retaliation or out of fear that no one will believe them.

And where Weinstein's accusers are concerned, some of them felt the stakes were too high for them to come forward immediately after the assault or harassment allegedly happened. While talking to the New York Times, Paltrow said that while she was shooting Emma in 1996 — when she was 22 years old — Weinstein allegedly tried to get her to come back to his hotel room for "massages." According to Paltrow, she was "expected to keep the secret." She explained, "I thought he was going to fire me." In the same article, actor Katherine Kendall said she thought, "I’ll never work again and no one is going to care or believe me."

Unfortunately, victim-blaming is rampant in our culture, and the way some people have reacted to the Weinstein situation is just another example of it — including people who have taken to Twitter to question why these women didn't report their alleged assault sooner.

An article from the Chicago Tribune dove deep into why news stories with the allegations are surfacing now, rather than immediately after the reported instances of assault took place. Among the theories in the article are the idea that maybe the younger generation finds this kind of behavior more appalling than the older generation did, so now it's less acceptable than ever, or maybe it's because Weinstein's "influence appeared to be waning." Of course, there are a million ways to tackle the answer to that question, but at a time like this, what matters most are the alleged victims. They are the ones who get to choose how and when and even if they share their stories. While the time might have been right for a variety of reasons for the investigations to come out, when it comes to the alleged victims themselves, the rest of the world shouldn't get to analyze their decision, and they certainly shouldn't fault them for waiting.

And it's no wonder why so many women choose not to come forward or wait until others have spoken up first. Their motives are very often questioned, and even when they aren't, it's not often that action is taken is against the men they accuse, especially if that man happens to be in a position of power like Weinstein is.

As addressed in the tweet above, the Bill Cosby trial is a prime example of what might keep women from coming forward after an assault. In June, Andrea Constand's case against Cosby ended in a mistrial, and the actor hasn't been convicted despite the dozens of women who have claimed that he drugged and assaulted them. And despite the fact that Donald Trump was caught on camera bragging about his encounters with women, saying, "when you're a star, they let you do it," just a month after the tape was released, he was elected President of the United States. (Trump famously called it "locker-room banter.") The way both of these situations have been handled aren't exactly encouraging women to speak up.

According to the Rape, Abuse, & Incest National Network (RAINN), two out of three sexual assaults go unreported, adding that out of every 1,000 rapes, 994 of those perpetrators will not go to jail or prison. It stands to reason that if that perpetrator just so happens to be a man in a position of power, like Weinstein, it's even harder to report his assault, especially if the victim feels that she may be punished for coming forward.

In the days since The New York Times story went live, Weinstein has been fired from The Weinstein Company. The statement his lawyer, Charles J. Harder, released to Page Six reads as follows:

"The New York Times published today a story that is saturated with false and defamatory statements about Harvey Weinstein. It relies on mostly hearsay accounts and a faulty report, apparently stolen from an employee personnel file, which has been debunked by nine different eyewitnesses. We sent the Times the facts and evidence, but they ignored it and rushed to publish. We are preparing the lawsuit now. All proceeds will be donated to women’s organizations."

Action has already been taken against Weinstein, and many celebrities have condemned his alleged behavior and supported the women who have come forward with claims. It's a step in the right direction, but there's still a long way to go. We don't need to ask why these women have waited so long to open up about their allegations against Weinstein; we need to ask how we can make more women feel comfortable talking about rape and assault in the future.

More like this
Mel B Speaks Out Against Domestic Violence In A Powerful Speech
By Sophie McEvoy
Megan Rapinoe's Relaxation Hack Is Super Dreamy
By Carolyn Steber
Everything To Know About Taylor Swift’s 10th Studio Album, 'Midnights'
By Grace Wehniainen and Jake Viswanath
How Much Are The 'Schitt’s Creek' Stars Worth?
By Hugh McIntyre
Get Even More From Bustle — Sign Up For The Newsletter