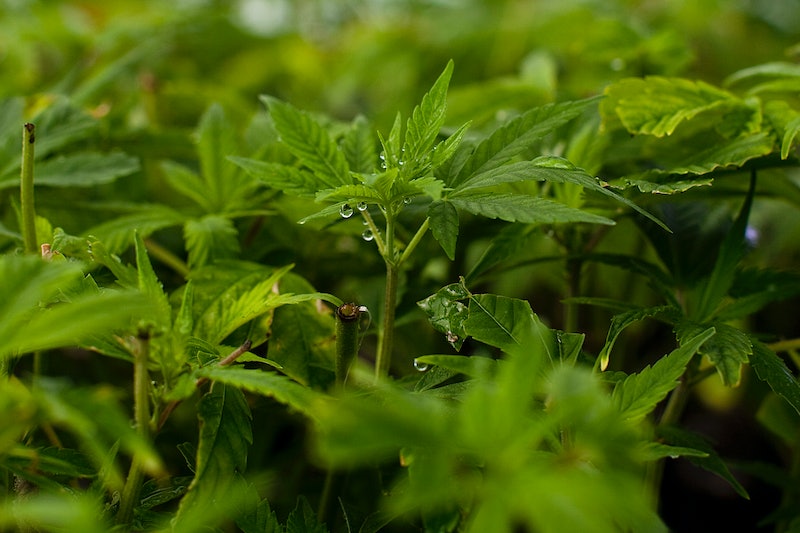 A Department of Homeland Security (DHS) policy alert released on Friday provides insight into how federal authorities weigh marijuana when it comes to determining whether an immigrant will be granted citizenship. According to the document, immigrants can be denied citizenship for "marijuana-related activities." The DHS document said that this applies even in places where marijuana is decriminalized or legalized.

The policy alert, which came from the DHS' U.S. Citizenship and Immigration Services (USCIS), was intended "to clarify that violation of federal controlled substance law, including for marijuana, remains a conditional bar to establishing good moral character (GMC) for naturalization even where that conduct would not be an offense under state law."

Jessica Collins, a USCIS spokesperson confirmed the rationale in a statement, according to BuzzFeed.

“Marijuana remains illegal under federal law as a Schedule I controlled substance regardless of any actions to decriminalize its possession, use, or sale at the state and local level," Collins said. "Federal law does not recognize the decriminalization of marijuana for any purpose, even in places where state or local law does.”

According to the document, marijuana is a "Schedule 1" substance and, because of this, its "manufacture, cultivation, possession, or distribution may lead to criminal and immigration consequences."

The document says that this remains true even though "since 1996, a number of states and the District of Columbia have enacted laws to decriminalize" marijuana and its usage.

The policy guidelines, per the document, seek to clarify that "an applicant who is involved in certain marijuana related activities may lack [good moral character] if found to have violated federal law, even if such activity is not unlawful under applicable state or foreign laws."

Michael Collins, the director of national affairs for the Drug Policy Alliance, told The Washington Post that he believes the policy guidance has little to do with enforcing federal drug laws.

“Taking a step back, this has nothing to do with cannabis — this has to do with this administration never passing up an opportunity to prosecute immigrant communities,” Michael told the newspaper. "They see cannabis as a ripe opportunity for persecuting these individuals."

He added that, in his estimation, "the Trump administration has used the war on drugs since the beginning to go after migrant populations."

The policy guidance was released just one day before April 20, the day of marijuana activism celebration. It was not immediately clear over the weekend whether or not this was intentional.

On April 20, many activists drew attention to the fact that marijuana prohibition has a disproportionately negative effect on people of color. The ACLU reports that a Black person is 3.73 times more likely to be arrested for marijuana possession than a White person, for example.

Over the weekend, it was too soon to gauge whether the policy guidance released on Friday would change the way immigration applications are currently being processed. What was clear was that the Trump administration does not plan to offer leeway for immigrants when it comes to marijuana.