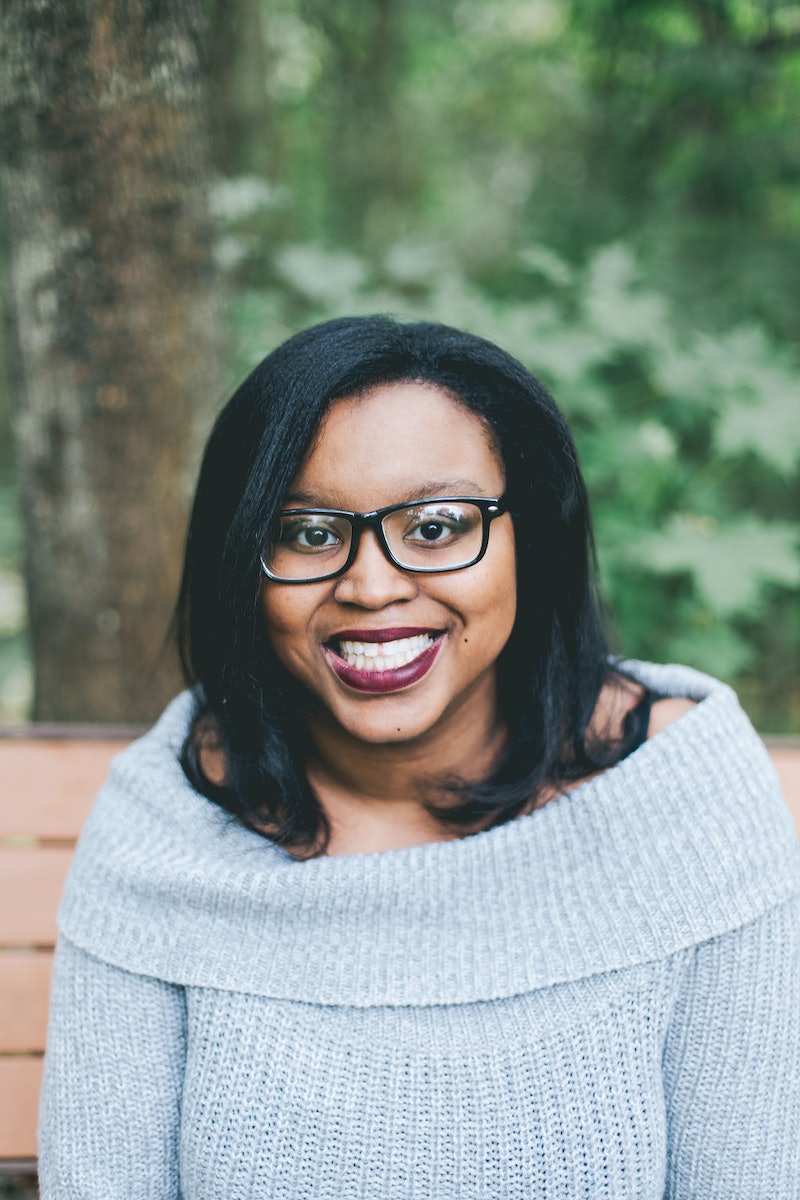 Many people will tell you that a person in their twenties is too young to write a memoir: They haven’t lived long enough to offer any larger insights on the world around us! They will change their mind about things like marriage or kids! They haven’t even hit their stride in life! How can they speak definitively about any of it? In her debut essay collection The Pretty One, Keah Brown masterfully succeeds in proving those people wrong in her stories about the joys and the disappointments of being a 27-year-old Black disabled woman who is navigating her life and loving herself in a society that doesn’t often make room for her to exist, let alone thrive.

I'm a close friend of Keah Brown, and reading her book was both familiar and illuminating. Familiar because her voice is warm, enthusiastic, and humorous, just as it is in person. Illuminating because her vulnerable writing reminds me that, despite how well I know her, there are still so many stories she has left to tell. For years, she has shared these stories in publications like Essence, Teen Vogue and Harper’s, as well as on social media, where her activist hashtag #DisabledandCute went viral in 2017. Unlike many other run-of-the-mill memes, the hashtag continues to spread positivity on Twitter to this day.

Joy is an important facet of Brown's work. Early in the book, she writes about how the arts tend to favor stories about the trauma of Black and brown bodies. She wanted The Pretty One to include stories of happiness, too.

"Life is peaks and valleys! I want people to see that I’m a fully realized human being," she tells me. "It hasn’t always been an easy road. It felt kind of revolutionary to talk about joy, so often for disabled people we don’t get to share our joy."

'The Pretty One' by Keah Brown

Like most of her writing, The Pretty One is at once funny and uplifting, thoughtful and sobering. Brown draws you in immediately to her tales of success and otherness. "There is power and excitement in reclaiming things that were once used to hurt and demean you," she writes in the introduction.

This declaration is just a glimpse at the enthusiasm and wisdom that longtime Twitter followers of Brown have enjoyed for years. One minute while reading the book, I was incited to anger by the kid who followed young Brown at school and imitated her limp. The next, I found myself nodding along as I read her introspective accounts about what went wrong during a friend break-up and about how her relationship with her twin sister progressed from contentious to loving.

"I didn’t want people to just read a book I wrote about my life and what’s happened to me," she says. "I also wanted to talk about apologizing and changing, and [wanted] to highlight the people who have gracefully forgiven me." She pinpoints exactly how difficult it is to examine yourself, take accountability for doing harm or hurting someone's feelings, and decide to work on yourself and improve.

"Pop culture reflects the world back to us, so who you see on the screen is often who the society as a whole sees as valuable."

"It really hurts my feelings," she says. "When you love something so much and immerse yourself in it, but do not feel like you’re valuable enough to see your story onscreen, it stings! Pop culture reflects the world back to us, so who you see on the screen is often who the society as a whole sees as valuable. So if you’re not there you have to ask yourself, am I valuable if no one wants to see my story?"

Brown wants to change stagnant, detrimental ideas about who is beautiful, who is seen on TV and in movies, who is worthy of love. "I want to see more Black disabled people onscreen," she tells me. "I want to see people whose stories often aren’t told because they’re considered 'too niche' and no one will watch them."

In some of the most vulnerable portions of the book, she writes about her desire to be loved romantically. Brown doesn't buy the whole "it's necessary to love yourself before someone else can love you" line. In the essay "An Ode to the Boys," she writes about how she believes in being hopeful — for love, for more inclusivity and representation onscreen, for more people to align themselves as allies to the disability community — but she is also realistic about the obstacles one must overcome in the process.

"I don’t have all the answers, here’s what I can tell you. I wanted the book to be hopeful."

Pain and joy often go hand-in-hand, she reminds readers, and this isn't a book exclusively about either. In an essay about self-harm, she writes about internal and external pain: "Still, I was unable to break the tether of my belief that only visible pain was valid, so I created my own visual aid, lining my body with tiny, barely there cuts. They were deep enough to sting, like paper cuts, because I thought I deserved the pain."

This essay is raw and unsettling because it reflects back to readers their darkest thoughts — the things that are too hard to say out loud anywhere outside of a 50 minute hour with a therapist. As The Atlantic recently reported, mental health issues are a public health crisis, not something that individuals should have to deal with alone.

Brown tells me she felt it was necessary to be open about mental health in her book, even though she still experiences uncertainty about it. "I don’t have all the answers, here’s what I can tell you. I wanted the book to be hopeful," she says. "And while I don’t know everything, I do know I’m happy to be alive."

She wants the same experience for her readers.

"I want people to leave this book feeling like they want to see themselves differently, to see others differently, to change their thoughts about what it means to be a person in the world," she says.