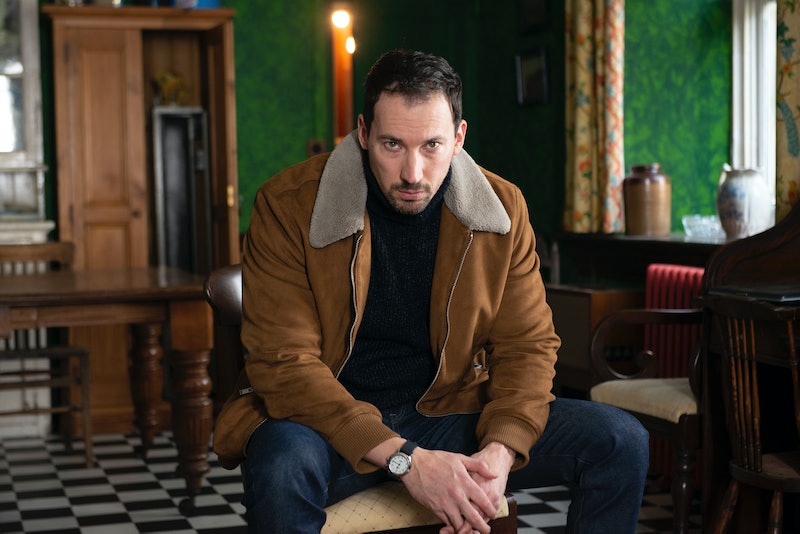 Crime drama fans, listen up. I might just have your new favourite show. Channel 5's upcoming drama 15 Days is set to start on May 13 2019, and you won't want to miss it. Former Coronation Street actor Catherine Tyldesley stars in the show as one of four estranged siblings who reunite to scatter their mother's ashes. Set over the course of (you guessed it) 15 days, the siblings attempt to work through their problems. But the result is not what anyone expected: a murder. Sounds good, right? But the question is, is 15 Days based on a true story?

It doesn't look like 15 Days was based on a true story, but I have reached out to Channel 5 reps to confirm. I'll let you know if I hear anything.

As the Radio Times reports, 15 Days is an English language remake of the Welsh show 35 Diwrnod (35 Days) that was adapted by Emma Goodwin and Siwan Jones, and if the trailer is anything to go by, we're in for quite a ride. The show opens with a murder, hitting us with the mystery straight away, and viewers must play detective in order to find out the truth behind what happened.

As previously mentioned, 15 Days follows the story of four estranged siblings who arrive to a small Welsh community with the intention of scattering their mother's ashes. I know what you're thinking: this on its own its a pretty heavy and distressing narrative, right? But no Channel 5 drama is complete without multiple weighty story lines, so, of course, the plot thickens. Its looks to be a very tense environment as the siblings argue over what they are set to inherit, which brings out the worst in them. Expect jealousy, deceit, violence, and affairs. Yep, that's right — affairs between the siblings and their sibling's partners. No one is safe in this drama, which the Times is calling "a neat conceit."

15 Days has a pretty stellar cast, with Catherine Tydlesley leading as Sara alongside David Caves, Mali Jones, Geraint Morgan, and Tom Rhys Harries. 35 Days, the show that 15 Days was based on, is a Welsh production written by Siwan Jones and William Owen Roberts. One of the coolest parts about this remake, as the Radio Times reports, is that some of actors from 35 Days are back to reprise their roles for the remake. Mali Jones reprises her role as sibling Nia and Geraint Morgan plays the character Geraint in 35 Days and he will star in this new show as Gareth. It'll be interesting to see how they keep things fresh, having already been part of a similar production before.

The four part series kicks off May 13 and, from the sounds of things, its set to be somewhat like the Channel 4 series Cheat, which came out earlier this year. So expect drama. The show will run from Monday to Thursday and I'm guessing day by day the tension will be seriously brewing. I think this is going to the next big series and I can't wait for all the scandal to unravel.