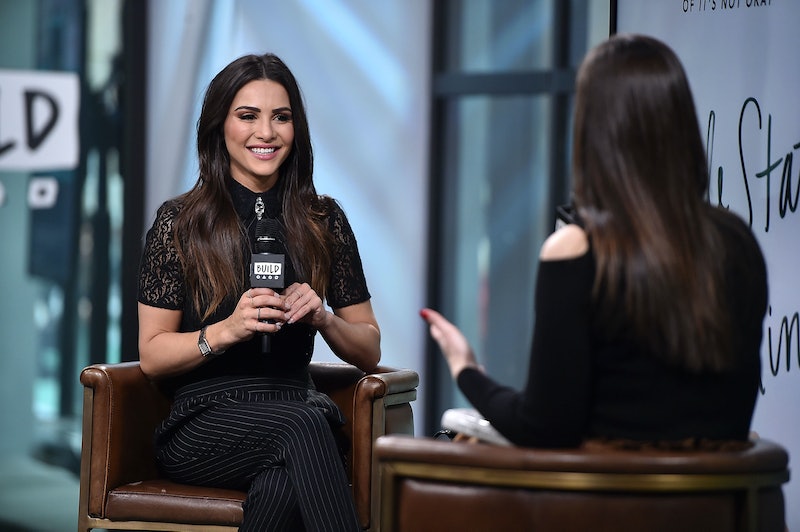 Watching The Bachelorette to the end is like watching a very dramatic fairy tale unfold, and hopefully, viewers and the couple in question get a happy ending. Unfortunately, most from The Bachelor, The Bachelorette, and Bachelor In Paradise (or really anything that has to do with The Bachelor, ever) don't get one. Turns out, it's really hard to meet your soulmate in six weeks! And that's what Bachelorette Andi Dorfman found out the hard way, because she and Josh Murray didn't last that long after her Bachelorette season wrapped. Now, five years later, it seems like Andi is single, but she also appears to be having the time of her life.

Viewers got to know Andi as the fun-loving, no-nonsense assistant district attorney on Juan Pablo's season of The Bachelor. She was the first woman on the show to shut down Juan Pablo and his constant refrain of "eets OK," and everyone at home watching rejoiced. She was all, "we're not connecting," and he was all, "that's fine," and she packed her bags and got out. Then, ABC bestowed upon her the title of Bachelorette. It was there that she introduced the world to Nick Viall and his scarves (still not sure how to feel about that) and accepted Josh's proposal. Except, as mentioned, it didn't work out, and the pair announced their split in January 2015.

Right now, it does not seem that Andi is married or even dating anyone. Her Instagram shows no sign of a special someone. In February 2018, Andi confirmed that she was the "last single standing" in a tweet to fellow Bachelor alum Ashley Iaconetti.

Unless Andi is dating someone very casually and it's really new, Andi is single right now. And you know what? It’s OK (Juan Pablo pun intended), because she’s fancied herself a bit of a Carrie Bradshaw for a new generation. Andi was a lawyer before she was Bachelorette, so we knew she was smart. But who knew she could write, too? Andi has two New York Times best-selling books under her belt — It's Not Okay and Single State of Mind.

It's Not Okay details how things went down on The Bachelorette and what happened afterward to make her and Josh Murray break up. (She alleges he was mentally and emotionally abusive, especially after he found out that she slept with Nick Viall during their Fantasy Suite date. Josh has always denied these allegations.) Single State Of Mind is her manifesto about being heartbroken and looking for love. According to an interview Andi did with Entertainment Tonight, it's even being made into a television show. Pretty awesome for a woman who started out on reality TV.

And not to drop another Sex And The City cliché, but right now, it seems like New York is Andi’s relationship. She moved to the city after she and Josh split, because she figured that she had no obligations and nothing holding her back. "I think New York is a great place to start over in any stage. It is the greatest city in the world, you can be whoever you want and there is just so much energy here,” she told the New York Observer. “You can’t make a mistake by moving to New York in my opinion."

For now, Andi is still looking for love, but she's not letting it stop her from living her life. The self-described fitness lover is looking toward the future, knowing that when the time is right, she’ll find someone perfect for her.